In 2017, I reviewed Ultimate Ears’ Wonderboom, the dinky Bluetooth speaker that floats on water. Its unique functionality meant you could throw the speaker in a swimming pool and not have to worry about fishing it out from the bottom.

There really wasn’t anything like it, until now. Step forward, the company’s latest creation – the Megaboom 3.

The Ultimate Ears (UE) Megaboom 3 is an all-weatherproof Bluetooth speaker that also floats on water. It’s IP67 certified, which means it’ll survive both water and dust. Aesthetically, it’s stunning, and is built to last with a shockproof design.

Unlike its older sibling, the Megablast, the newer Megaboom 3 is a Bluetooth speaker-only, which means it doesn’t have any Wi-Fi capabilities nor a virtual assistant built-in. 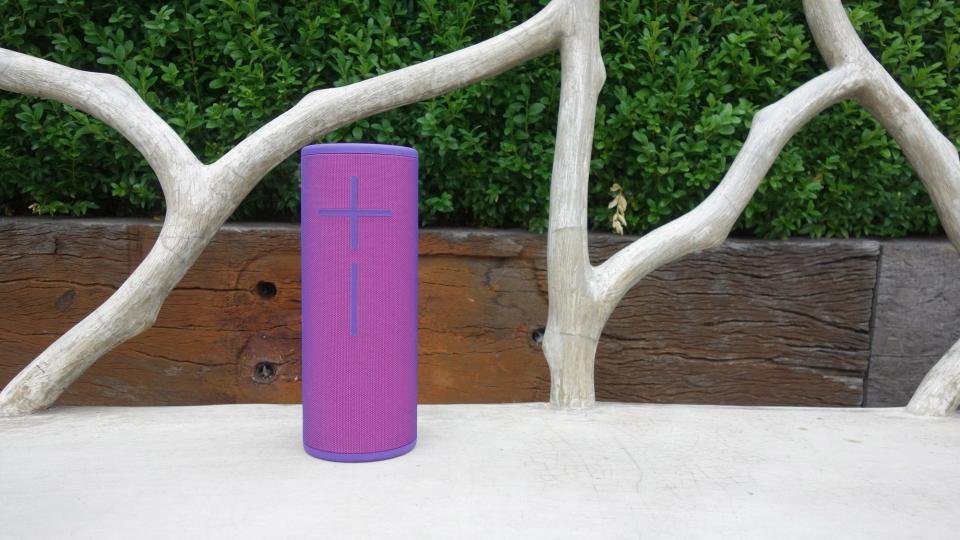 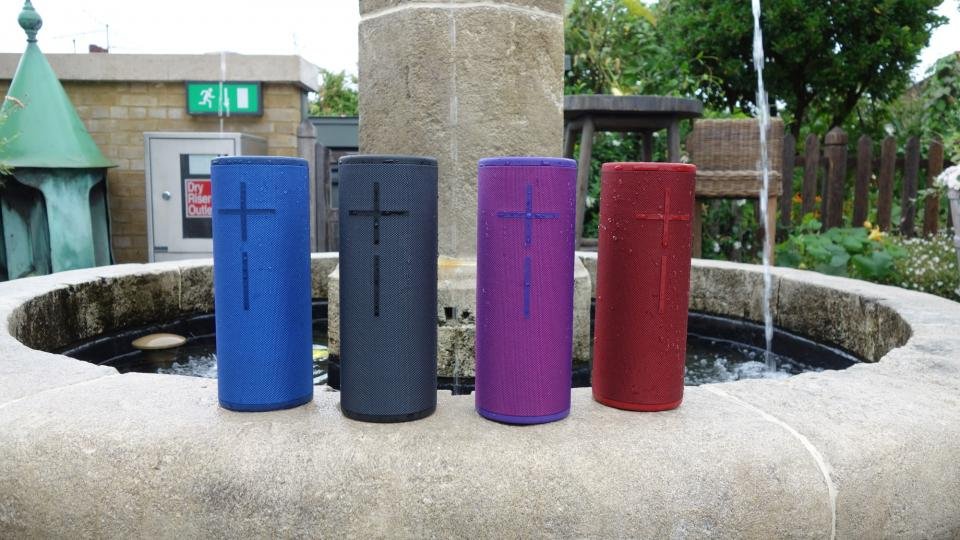 The Megaboom 3 is an elegant device, and the speaker’s cylindrical design is a definite improvement over its predecessor. Ultimate Ears has tightened up the gap in-between the mesh fabric which surrounds the speaker. The Ultraviolet model I tested has a stunning two-tone colour to it – better seen under bright sunlight than a rainy day in London. 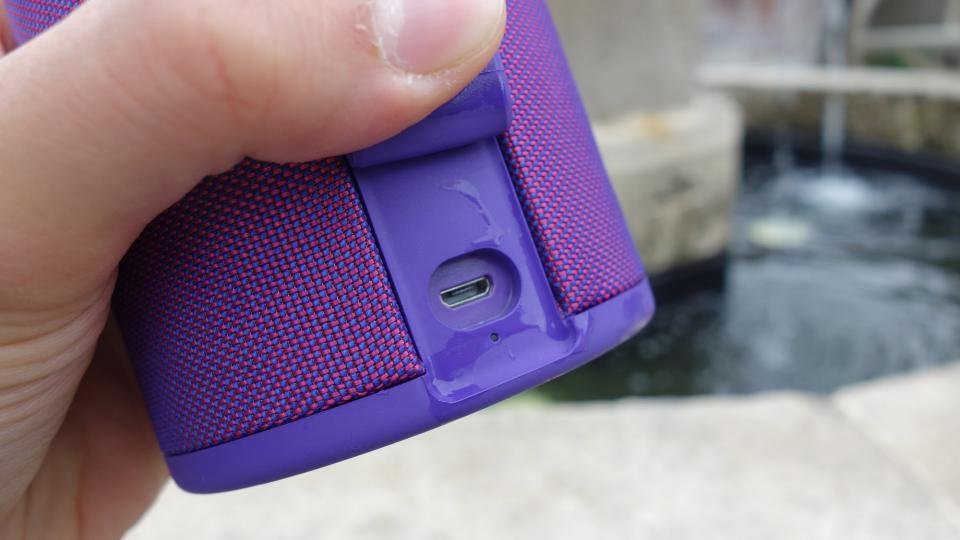 At the front of the speaker, there are two distinctive, rubberised, plus and minus volume buttons. At the bottom, Ultimate Ears has gotten rid of the metal D-ring in favour of the Power Up charging plate, which sits on the Power Up charging dock that’s sold separately for £35. This allows you to charge the Megaboom 3 without having to faff around with a micro USB cable. 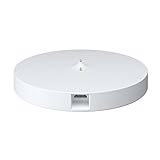 If you’re not willing to spend an extra £35 for a bit of convenience, Ultimate Ears provides a microUSB port, which is concealed under a latch behind the speaker. It’s great to see the company has removed the latch from the underside of the speaker, which was a little inconvenient on the original Megaboom. 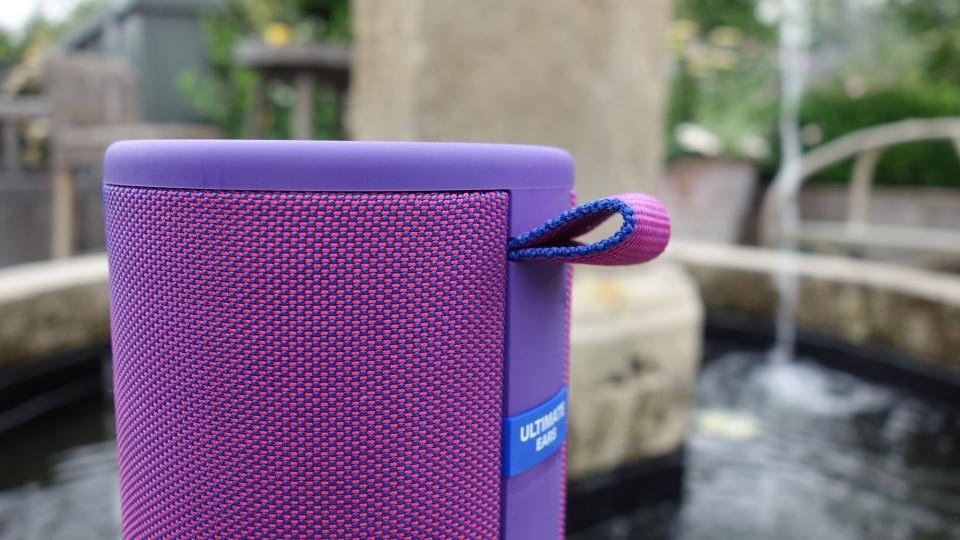 If you’re worried that you can no longer suspend the speaker from the ceiling (due to the removal of the D-Ring), don’t fret. There’s now a strong fabric loop at the top of the speaker; wack on a carabiner and you’re good to go.

At the top of the speaker there are three illuminated buttons. One is used to turn on/off the speaker, another is for pairing and to ‘PartyUp’, which allows you to daisy chain up to 150 Boom and Megaboom speakers with the Megaboom 3 (that includes the older models). If, however, you happen to have two Megaboom 3 speakers, they’ll work in stereo. Nifty.

A new addition to the Ultimate Ears range is the ‘Magic Button’. This allows you to play, pause and skip tracks when you’re listening to music. It also has a party trick up its sleeve: if you set up the speaker through the Ultimate Ears iOS mobile app, you’ll have one-touch access to your playlists on Apple Music. Similarly on Android, it’ll be through Deezer Premium.

Why should you care? Well this tactile button, when set up, allows you to play music without having to faff around on your phone. By long-pressing the button, you can also skip playlists – so no matter which mood you’re in, you can have music ready at the touch of a button. It’s simple, but handy.

As for the size of the speaker, it’s 225mm tall and 87mm in diameter – a smidge smaller than the Megablast. It does, however, weigh a lot less than its smart sibling: at 925g it’s noticeably easier to carry in one hand over the 1.2kg Megablast. 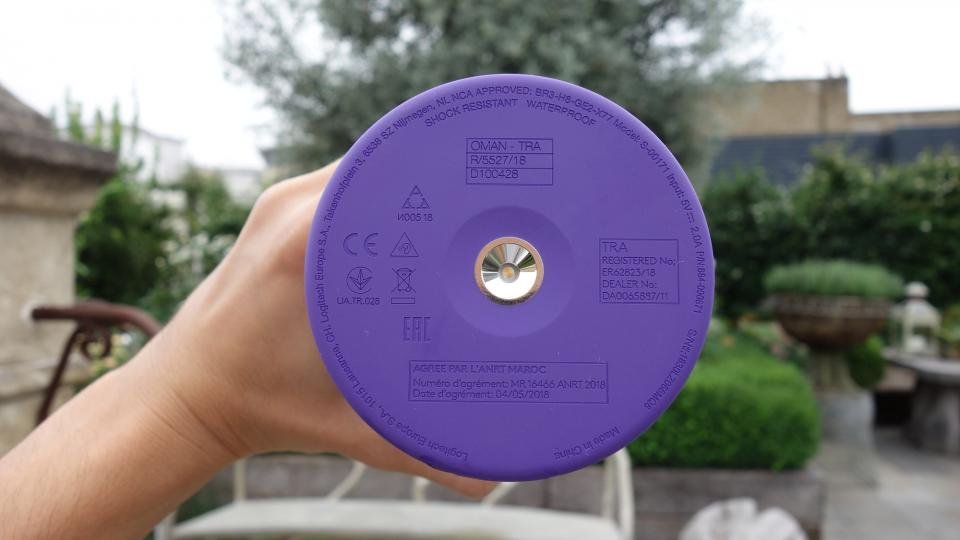 The Megaboom 3 connects through Bluetooth. It has a range of around 45m; an improvement over its predecessor, which sat at around 30m. It can also connect to two sources at the same time. Its battery life is impressive, lasting around 20hrs and taking around 2.5hrs to charge to full from empty.

Unfortunately, there’s still no aptX codec, so you’ll be limited to A2DP over Bluetooth. There’s no 3.5mm auxiliary jack either, though, which shouldn’t come as a surprise if you’re familiar with the Ultimate Ears range.

All of Ultimate Ears’ speakers are waterproof, but it used to be that only the Wonderboom could float. Now, the Boom 3 and Megaboom 3 join the floating armada.

If you chuck the Megaboom 3 in a pool, it’ll rise to the top, then float on its back (the volume controls are face down). Music will still play and it’ll even spew out water while it’s at it, too. I absolutely loved this feature on the Wonderboom, and I’m really glad to see it incorporated with this range, too. 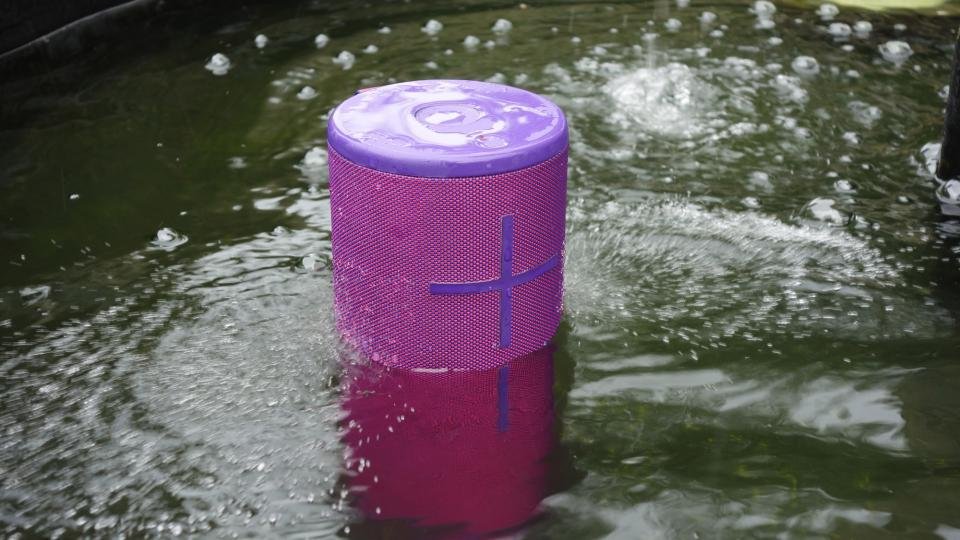 Understandably, the speaker has ingress protection. Now at IP67, not only can the speaker be submerged at a depth of 1m for 30mins, but it’ll also survive dust being thrown at it – great for the beach. The older devices were IPX7-rated, only.

Speaking of which, the bass does cut-off, which means you won’t get a pronounced low-end extension. Its mid-bass slam, however, is controlled and pronounced. It has a healthy bass-in-your-face sound. 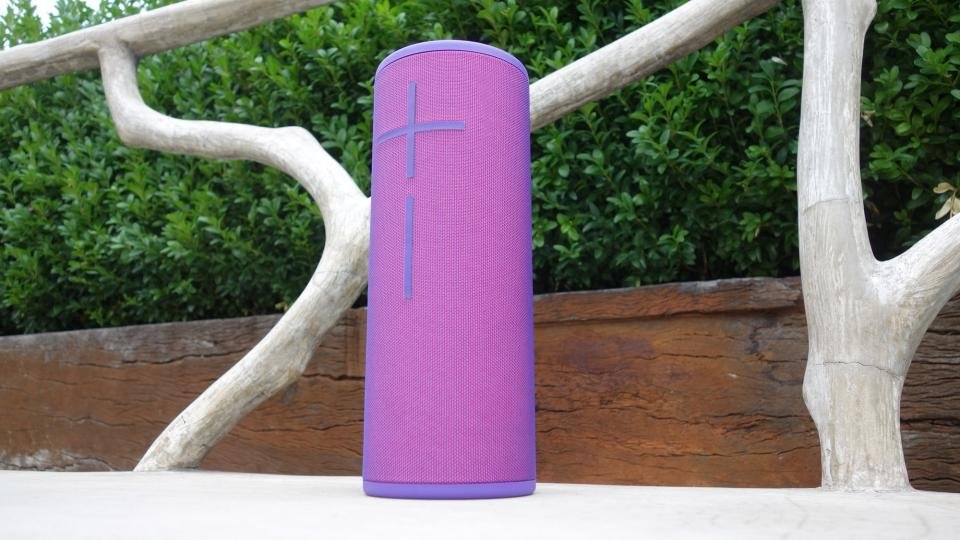 The mids are unfortunately pushed back and recessed, more than they were on the Megablast. In challenging songs, which combine a strong mid-bass with vocals, the Megaboom 3 struggles. When listening to Travis Scott’s Goosebumps, for example, the artist’s voice is drowned out by the low-end slam.

The highs also roll off at the top end. Yet again, a little more than they did on the Megablast. Here, music doesn’t have that same toe-tapping effect, which does make the Megaboom 3 sound a little less exciting. 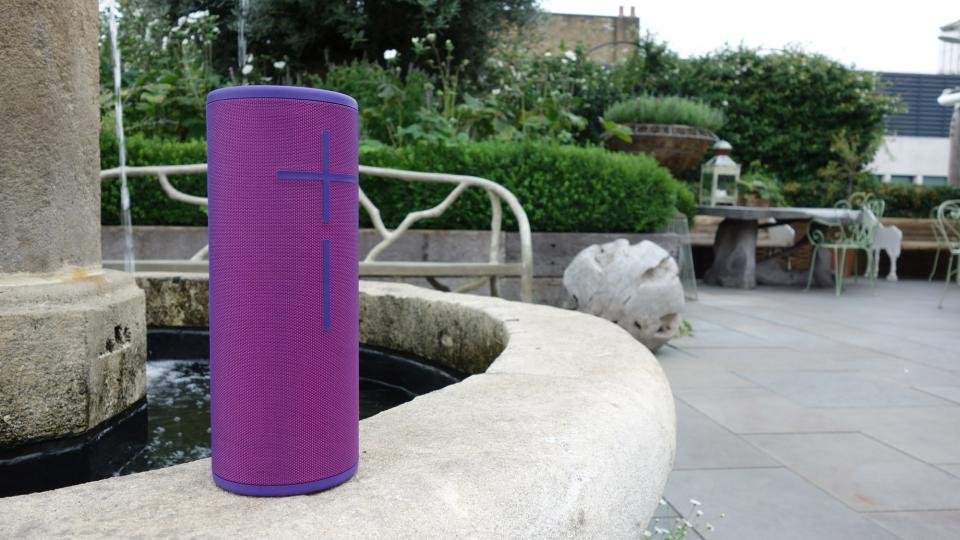 The speaker still has that wonderful 360-degree sound, though, allowing you to place the speaker in any way you please. Its soundstage has good width and depth to it. Instrument separation is good, too. Tested on Dr. Dre’s The Next Episode (San Holo Remix), for example, the speaker really comes to life by marvellously separating the vocals from the instruments.

As for volume, the speaker is loud enough for a normal-sized living room or an outdoor gathering, but it isn’t as loud as the Megablast, which is loud enough to fill a cavernous indoor space.

In a nutshell, the Megablast is a Wi-Fi enabled smart speaker, which sounds fantastic – punching well above its £150 price tag suggests. The Megaboom 3 is a fun sounding Bluetooth speaker that has a more exciting design, a one-touch button to access your playlists on Apple Music and Deezer Premium, and will also float on water like the small Wonderboom did before it.