When HP describes a monitor as a docking monitor, they are serious. It has packed this display with everything you would normally associate with a docking station, with the idea being that all you need to do is plug in your laptop using the supplied USB Type-C cable and your away.

Perfect for hotdesking environments and incredibly convenient for users. It works, too.

While HP has its own EliteBook range in mind to partner its EliteDisplay monitors – there’s even a power adapter in the box that lets you directly power older HP laptops that can’t charge via USB Type-C – I chose to hook up my Surface Book 2 and use it as my day-to-day setup. So I plugged my wired mouse and wired keyboard into the two USB 2 ports at the rear of this display, right next to the wired Ethernet port, and then connected the display and laptop using the supplied (and super-long) USB Type-C cable.

The end result was a fully networked system with no need for me to plug in a power cord to keep my laptop going. HP supplies a meaty external power brick, which means the display can deliver up to 65W of power. That’s enough for most laptops that use USB Type-C power inputs. 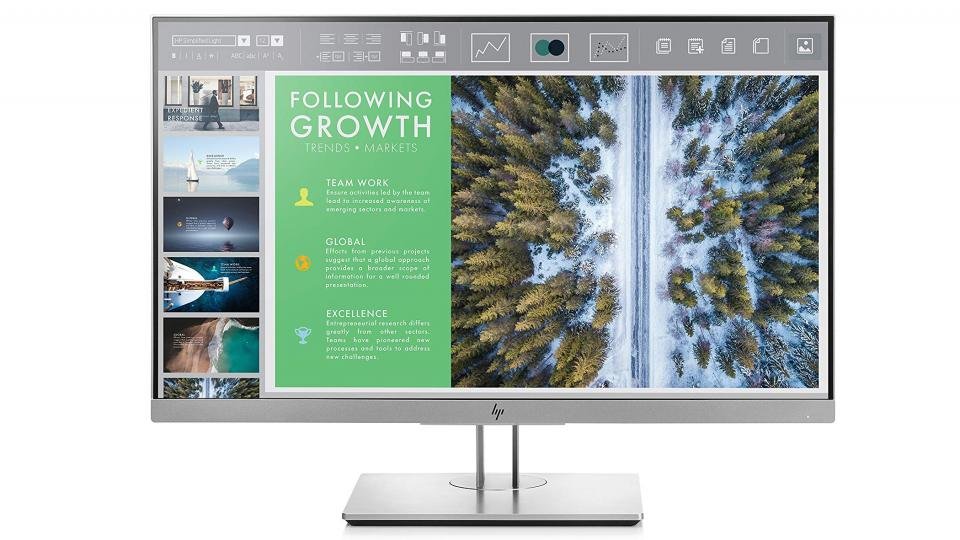 One thing quickly became apparent from my desk setup, though: wires ran everywhere. I could cut out two by switching to a wireless mouse and keyboard, and a third if I relied on Wi-Fi, but even if you use the monitor stand’s built-in cable tidy, the USB Type-C and power cable remain visible. If you’re the kind of person who uses cable tidies, you can employ them to minimise clutter, but it requires effort. It didn’t help matters when I connected a plain HP EliteDisplay E243 monitor via the E243d’s DisplayPort output.

The annoyance of this extra cable is more than compensated for by the extra screen space, though, because a 23.8in screen feels small by today’s standards. As is a 1,920 x 1,080 resolution, which never feels quite enough for working on documents side by side. Both screens use the same IPS panel, and it’s well suited to office environments.

Don’t waste time hunting for a built-in speaker because there isn’t one, but you can connect headphones via the 3.5mm jack on the left-hand side, which keeps two more USB-A ports company.

HP doesn’t make any promises about colour accuracy, but the E243d returned an average Delta E of 1.54 while the E243 scored 0.87; both highly credible results. They’re not tuned for DCI-P3 or Adobe RGB colour spaces, only covering around 70% of both, but with 90% of the sRGB gamut in play, you can be confident in the colours you see on-screen.

They’re also bright enough for office use, hitting a peak of 264cd/m² in my tests (HP states a maximum brightness of 250cd/m²). Naturally, there’s an anti-glare filter so you won’t be troubled by reflections from overhead lighting. While the stand has plenty of tilt options, and the ability to swivel 45° in either direction, one feature notably lacking is height adjustment. 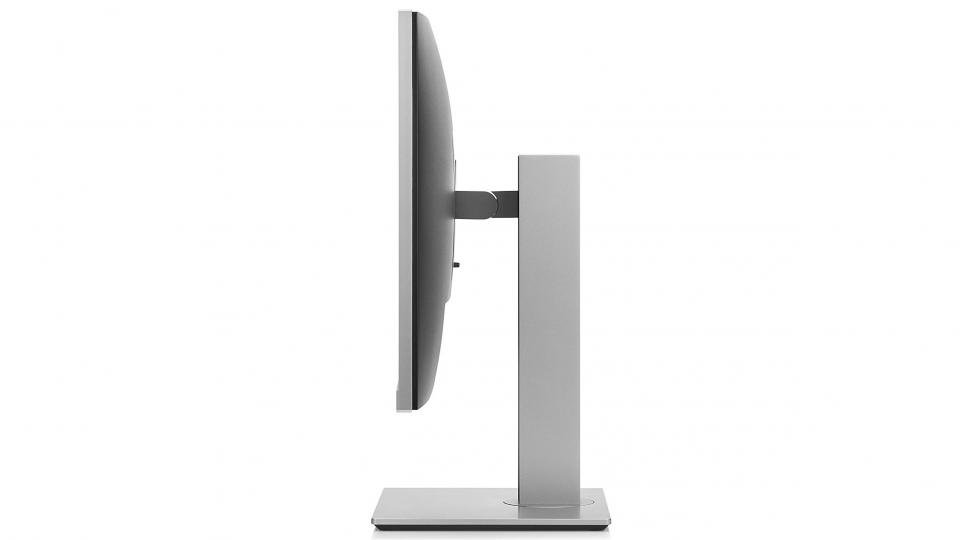 You could theoretically place these screens side by side in portrait mode, though, as they rotate in either direction and have a slim 3mm bezel. I don’t recommend this – Windows gets very confused – but used side by side to create a 3,840 x 1,080 display, they create an effective workspace. All of that said, I would still always opt for a single, larger screen.

Another advantage of the E243d over the E243 is its built-in webcam, which pops up when you need it. This isn’t automatic – you need to press down to activate the pop-up mechanism – but has obvious privacy benefits.

Image quality is good enough for video calls to colleagues, but with a 720p resolution and tendency to oversaturate colours, it’s hardly a replacement for a dedicated webcam. At least audio quality is good, with a dual-array microphone helping to cancel background sounds. 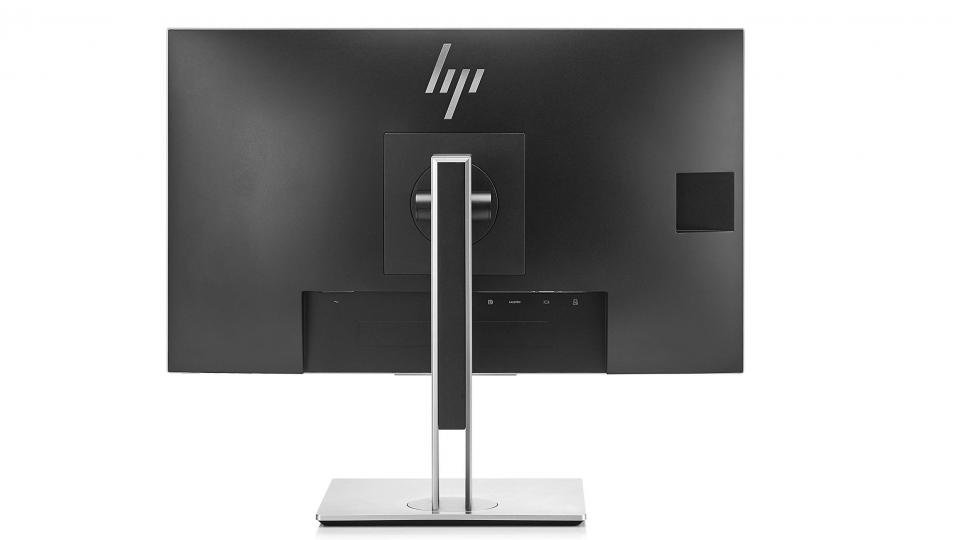 It goes without saying that HP is targeting businesses with this docking monitor, so a price of £259 exc VAT – considering that HP’s own docking stations tend to cost over £100 – is surprisingly reasonable. Buy them in bigger batches and that price should become more reasonable still.

However, it does have competition from the likes of Philips. Its 24in Brilliance USB-docking LCD monitor (which we haven’t tested) costs £200 exc VAT, with its obvious drawback being that it can't power your laptop.

HP has one extra string in its bow, though, and that’s a three-year exchange warranty. With its numerous other office-friendly features – heck, there’s even a VGA input if it’s still needed – this makes it a reassuringly safe buy.