So-called “disruptive” companies are popular these days, it seems success is almost guaranteed in the 21st century if you can find a way to upset the status quo.

Such is the approach of the new wave of subscription-based shaving products, and Harry’s Razors is at the vanguard. Originally set up to topple giants such as Gillette with promises of a simpler, more convenient approach and lower prices for replacement blades, Harry’s Razors claim to be “shaving’s other guys”. I set out to put that claim to the test.

As with so many “disruptive” companies, Harry’s takes a different approach to an established industry. Instead of buying replacement blades at exorbitant fees from your local supermarket, Harry’s runs a subscription-only model that delivers shaving consumables direct to your home.

First, you purchase a trial set, which includes the brightly coloured and nicely weighted rubberised razor handle, a can of foaming shaving gel and a travel cover for the single five-blade cartridge included in the box. Then, if you like it, you commit to regular deliveries – the so-called “Shave plans” – which include a set number of blades at an interval of your choosing. You can stop and resume deliveries at any time, too.

The first question: does Harry’s offering stack up when it comes to cost? Initially, it looks tempting. Currently, the trial offer is £3.95 (for “postage”; the razor and gel are “free”), after which blade cartridge replacements are charged at £14 for eight, shipped every two, three or five months, depending on how often you shave.

You can also choose to include shaving foam in your regular deliveries but this ups the price considerably to at least £16. The “family pack”, which includes 16 blades and two cans of shaving gel per delivery, costs £36.

Ignore the more expensive packs for the moment and the blades alone look competitively priced, certainly when compared with buying the cheapest five-blade Gillette cartridges from a supermarket. Waitrose’s price for eight Gillette Fusion 5 blades is £21, which amounts to a not-inconsiderable 50% premium. 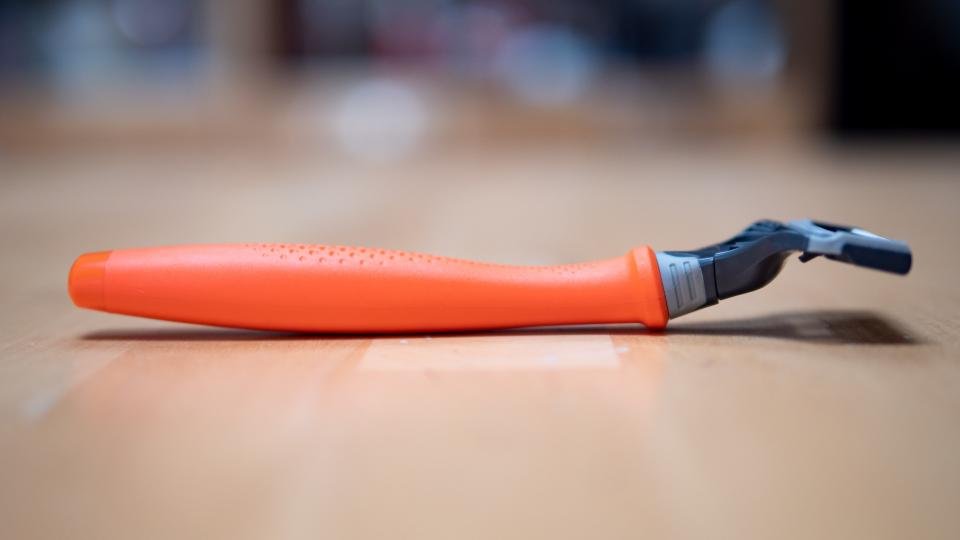 It’s not quite as simple as that, however, because Gillette has already begun to strike back with its very own subscription service. Gillette’s shave plans aren’t directly comparable because top-ups are in packs of four, shipped either every two, three or four months. But if you reduce this to the cost per blade, Harry’s wins in terms of value for money, costing £1.75 per blade to Gillette’s £2.95.

The final option for cost-conscious shavers is to order repeat deliveries of blades via Amazon. It’s £15 for a one time purchase of eight Gillette Fusion 5 cartridges and £14.25 per delivery if you subscribe, making it only a touch pricier than the Harry's blades.

Of course, if you really want to save money on your shave, the best option is to switch to an old-school, double-edged safety razor and learn to shave properly. You can pick up 100 Astra Superior Platinum blades from Amazon for a tenner and a decent Merkur safety razor for £34. Even if you use one blade per week, that’s two years' worth of shaving for £44 – nearly half the cost of the cheapest Harry’s Razors package. 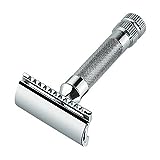 Assuming you prefer the convenience of a modern razor over the simplicity of double-edged razors, though, Harry’s Razors looks like a compelling offering. The key question is: what's it like to shave with one?

Before I go any further, there’s  something you should know about Harry’s. Despite the disruptive approach and the “shaving’s other guys” tagline, the company is no longer the anti-establishment brand it started out as.

It may have been founded by “Jeff and Andy”, a pair of homely looking chaps who, according to the company’s website, were “tired of overpaying for overdesigned razors” and so decided to buy a razor factory in Germany to produce their own. However, having recently been bought out by Edgewell Personal Care – the company that also owns Wilkinson Sword, Schick and Bulldog – Harry’s can no longer claim to be the rogue element. 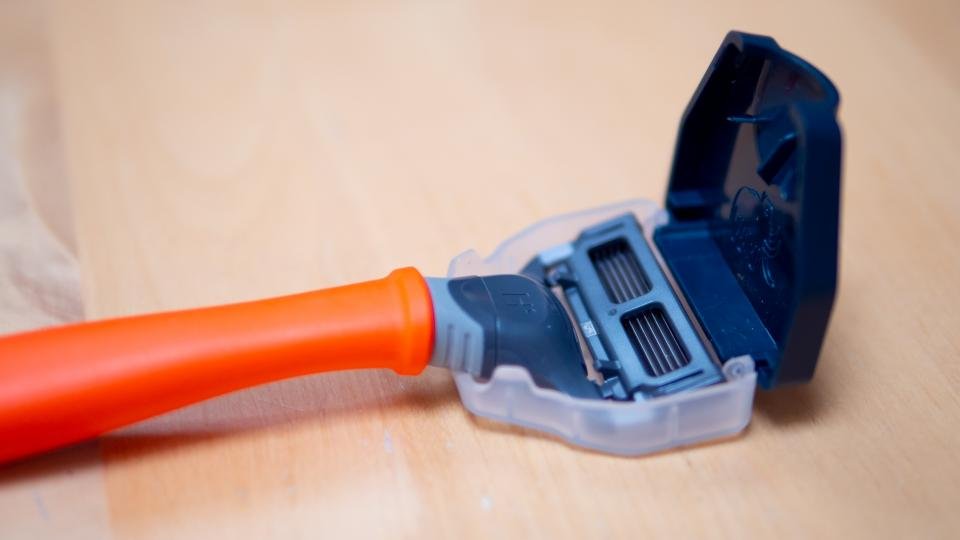 That might affect how you feel about the company, but so far it has had no impact on the product or the way it performs. And both the razor handle and blades are pretty good. The standard handle supplied as part of the trial set is clad in dimpled, comfy orange rubber, and it has a weighty feel that the Gillette Fusion 5 doesn’t have.

The cartridges themselves are good quality, too. Each one is mounted with five skinny stainless, steel blades, with a lubricating strip at the top and a finned rubber area below to pull the hairs on your face into prime position for cutting. There’s a rubber hinge between the handle and the blades that flexes to keep the razor in close contact with your skin without applying too much pressure. A handy single trimmer blade set into the reverse of the cartridge at the top helps keep sideburns and beard borders neat. 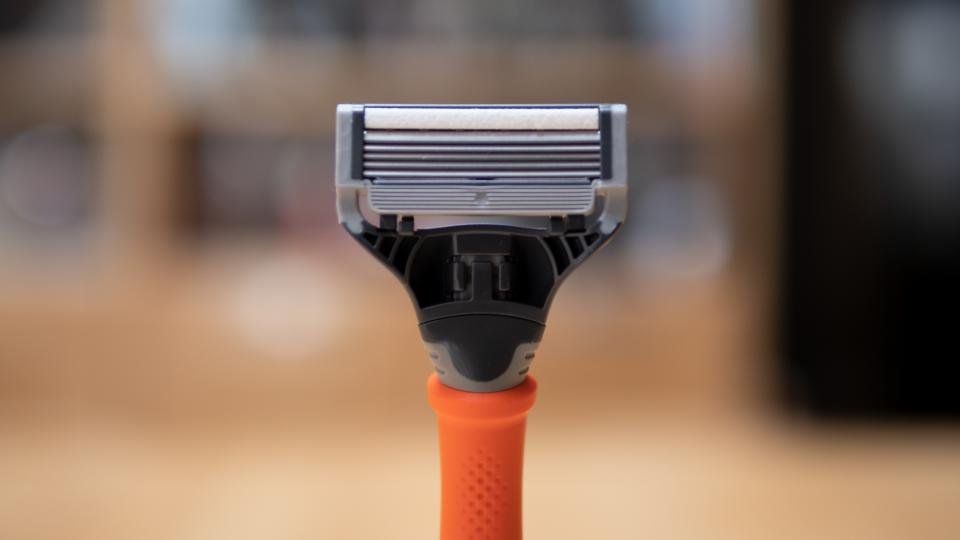 Shaving performance is impressive. If you leave your stubble to grow out for a few days and don’t shower before shaving to soften the bristles, it's not the most comfortable shave, tending to tug uncomfortably as you drag it over your beard. However, as long as you shave regularly and keep stubble short, the Harry’s razor performs exceptionally. You have to be shaving really sloppily to cut yourself, and the blade shaves as closely as any other five-blade razor system I’ve used.

Plus, it’s durable. In the two months I’ve been using Harry’s, I’ve only gone through two cartridges. Now, I only shave three times a week on average and, because I have a goatee, I’m not shaving acres of face. But this is still pretty good going; it means I’d be perfectly fine with the once-every-five-months shave plan, costing a grand total of £37.55 in the first year, followed by £33.60 per year thereafter.

This cost is still more expensive in the long run than shaving with a double-edged safety razor, which works out at something like £44 in the first year, then around £5 per year. However, going with Harry's Razors makes much more sense than buying replacement blades in the supermarket and you get a close, comfortable shave comparable to the Gillette Fusion 5.

The thing is, if you’re happy having blades delivered on a regular basis, Harry’s isn’t the only game in town. You can use Amazon to deliver Gillette blades at similarly regular intervals and at a largely similar cost. So, in the end, whether you choose to switch will come down to a question of preference and small details.

If you like the idea of going with “shaving’s other guys”, the look of the handle and the fact that it’s a little more comfortable in the hand, go for it. If you think the trimmer blade will come in handy, by all means, sign up. But you probably won’t save as much money as you'd like.

More in this category: « Dyson V11 Absolute UK Review: The only vac you'll need Nespresso Vertuo Plus UK Review: Sleek and easy to use »