The Bose Soundbar 700 is an all-in-one soundbar that also functions as a smart speaker. On setting it up you can choose whether to activate Alexa or the Google Assistant, after which it’ll listen for your commands and respond just like a regular Echo or Google Home device.

You can also control it from the Bose Music app, which lets you play music directly from various services and grants access to multi-room capabilities.

To me, the Soundbar 700 looks like it’s designed to take on Sonos in a market where the latter has been dominant – and, like the Sonos Playbar, the Soundbar 700 has its limitations. While it’s compatible with both Dolby Digital and DTS, it doesn’t support surround sound metadata with height information, which means Dolby Atmos and DTS:X are off the table. It also doesn’t include a subwoofer: that’s an additional purchase, on top of the £700 you’ve already spent. 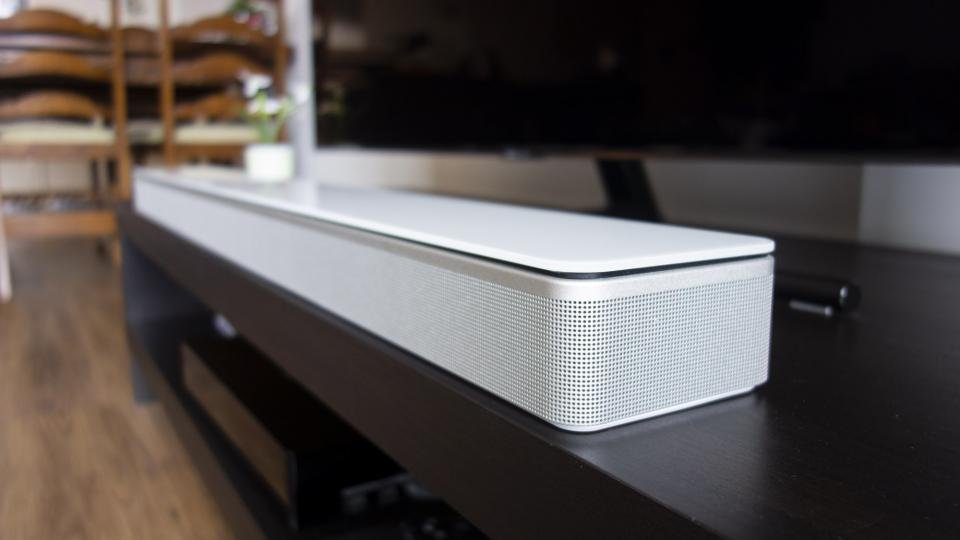 The Bose Soundbar 700 measures 97.8cm in length, so it’ll pair well with a 40-55in television. It’s available in two colours – black and Arctic White – with a tempered glass top. This looks elegant but has a tendency to attract fingerprints, so Bose provides a microfibre cloth in the package. A metal grille wraps around the front and side of the soundbar, protecting the drivers.

Along the top left side of the bar, there are two touch-sensitive buttons – one to power it on, the other to mute the voice assistant. Unfortunately, these are rather small, which I found made them finicky and frustrating to use. 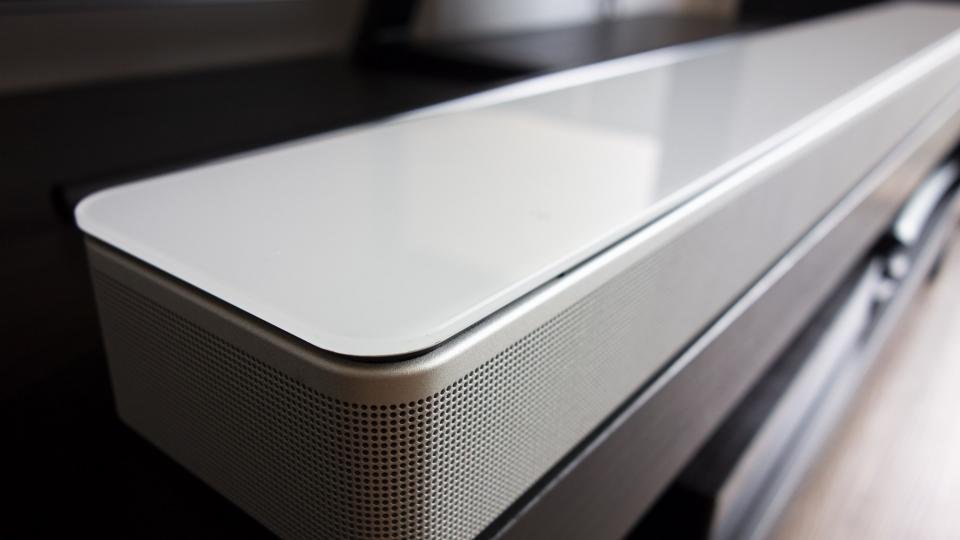 Around the back, you’ll find a multitude of ports. Alongside the eight-pin power connector, there’s a TOSLink optical input, HDMI (ARC/eARC) and an Ethernet socket, plus four 3.5mm jacks for data, IR, bass and Bose’s ADAPTiQ audio calibration system. It’s a decent spread, but it’s disappointing not to find a secondary HDMI port. 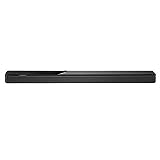 As well as Ethernet, the Soundbar 700 supports Wi-Fi (on both the 2.4GHz and 5GHz bands), along with Apple AirPlay 2 and Bluetooth. Sadly, the latter is limited to the lowest-quality SBC codec; to get the best sound quality I’d suggest you stick to one of the other options. 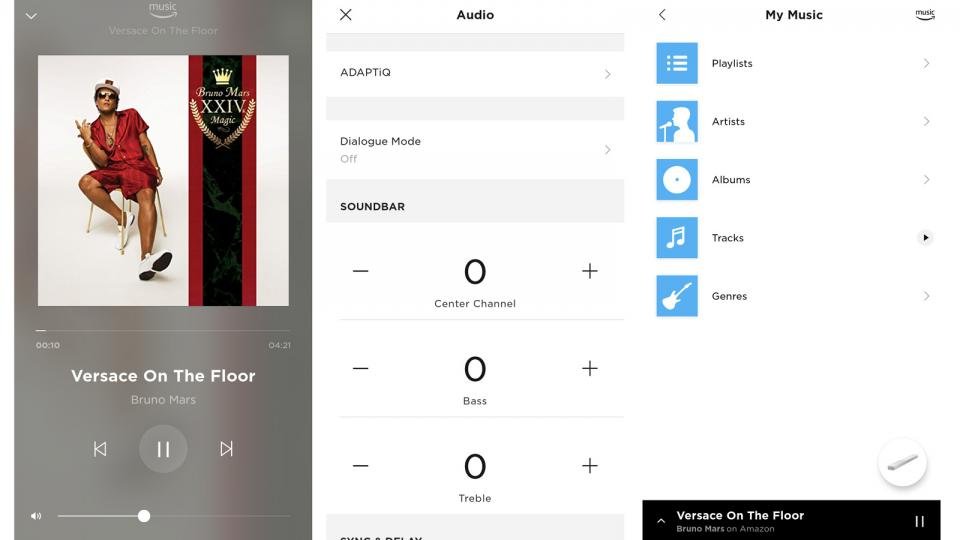 The other major feature, of course, is the voice assistant. I tested Amazon Alexa, which was a simple matter of linking my Amazon account through the Bose Music app. With that done I could ask Alexa for the weather forecast or even to turn on my TV. If you’ve linked one of the four available music services – Spotify, Deezer, Amazon Music or TuneIn Radio – you can also instruct Alexa to play music or tune into your favourite radio station. To indicate when the virtual assistant is listening, a soft-tone LED resides between the glass and metal grille frame, near the touch-sensitive buttons on the left side of the bar. 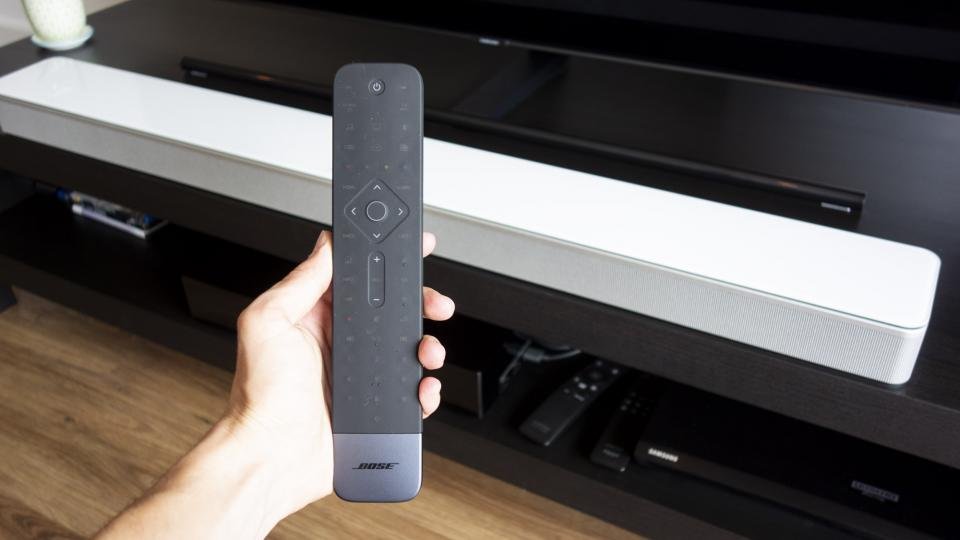 If you’d rather control the soundbar through physical means, you can use Bose’s Universal Remote. This is quite nicely designed, with a metal enclosure, soft rubber buttons and a backlight that activates upon motion, but at 23cm it’s preposterously large. Still, it doesn’t just control the soundbar: you can pair any number of digital devices to it, such as a television, a Blu-ray player, a games console, a video streamer (such as Apple TV or Roku) and even a cable or satellite box. It’s great to be able to control all your devices, including the Soundbar 700, with a single remote; however, there’s no built-in mic, so I couldn’t use the voice search feature on my Samsung 55Q9FN television.

Before diving into the sonic characteristics of the Soundbar 700, let’s talk about Bose’s “ADAPTiQ” system. One of the first steps required after you install the smartphone app is to go through the ADAPTiQ calibration process; unlike Sonos, Bose doesn’t limit this to iOS devices, but uses a proprietary headband-type device, which plugs into the soundbar. The app will instruct you to sit in five of your favourite spots in your living room – each time you do, the Soundbar 700 will output a set of frequencies and measure the response via the headband, which, in turn, gives you a tailored sound profile. If you happen to change the placement of the bar or get new furniture, it’s recommended to re-run the five-minute audio calibration through the app. 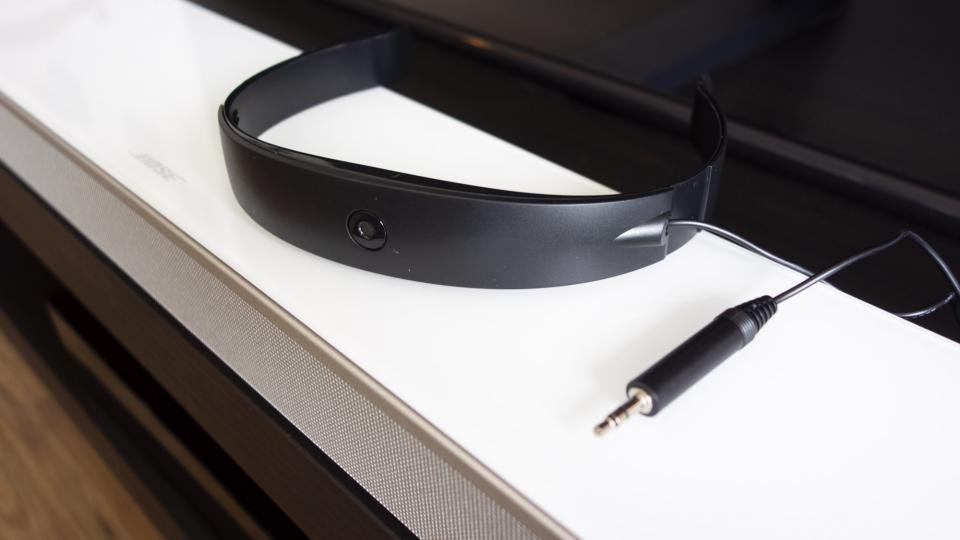 There’s no doubt that ADAPTiQ makes a huge difference to the sound. With it enabled, the Soundbar 700 comes to life, with a more engaging, livelier sound that’s tailored to the environment it’s placed in.

I first chose to listen to Maroon 5’s “Sugar” on Amazon Music over Wi-Fi. The song is joyous and filled with plenty of positive vibes, but on the Soundbar 700, even with ADAPTiQ processing, it seemed to lack pizzazz and energy. That’s due to the rather one-dimensional sound the Bose soundbar produces: without upward- or sideways-firing speakers, all the sound comes out the front, rather than filling the space.

The driver configuration doesn’t help matters either: it has just four four mid-to-low end drivers, positioned just off-centre, with a tweeter separating each pair. At the extremities are two passageways for its PhaseGuide technology, which routes sound around the back of the soundbar. This is supposed to give you room-filling coverage, but I found it was no match for a properly directional driver array. 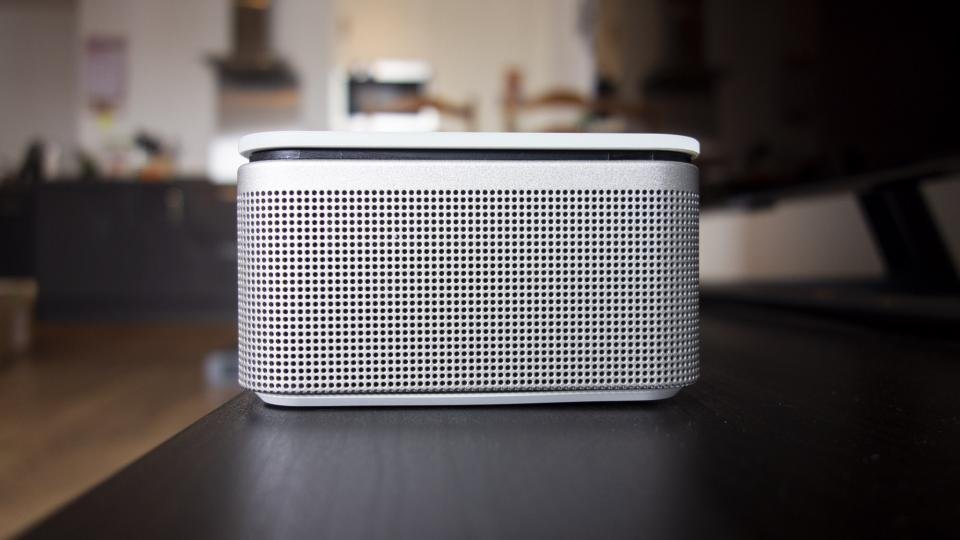 That’s obvious as soon as you compare the Samsung HW-N850. With 13 drivers – nine evenly distributed along the front, two at the top and two on either side – it produces a sound that’s immediately more engaging and exhilarating. By comparison, the Bose Soundbar 700 sounds dull and closed, with little in the way of instrument separation.

The same limitations apply to cinematic audio. The Soundbar 700 supports both Dolby Digital and DTS, but in Transformers: Age of Extinction, supposedly powerful explosions sounded constrained, and actors’ voices felt as if they were being funnelled down a stereo channel. The HW-N850, with its more numerous array of drivers, brought the experience to life – and with Dolby Atmos-enabled, it absolutely wiped the floor with the Soundbar 700. There’s simply no comparison.

Another problem is the bass. Since there’s no dedicated subwoofer included in the package, the four main drivers have to handle both the mid- and low-end frequencies. As a result, the bass response is pushed in favour of forward-sounding mids, while low-end rumble is almost entirely missing. You’re simply not going to get that thrilling bass response with this system, without spending hundreds of pounds on the additional subwoofer.

The most positive aspect of the sound is its mid-range frequency response. When I tuned into BBC Parliament, Theresa May’s latest announcement on Brexit sounded neither boomy nor tinny, but clear and solid.

Frankly, it feels like an overpriced smart speaker with an HDMI connection, rather than a soundbar with voice assistant features built-in. Mind you, the same could be said about the Sonos Playbar.

There are certainly better options out there for the money. As I’ve noted, the Samsung HW-N850 really exposes the Bose Soundbar 700’s shortcomings. It also supports both Dolby Atmos and DTS:X, and ships with a subwoofer – for around £30 less.

Alternatively, if you’re sold on the idea of a soundbar with an integrated voice assistant, consider the fantastic Polk Command Bar, instead. It sounds better, includes a subwoofer and costs just £227.