This question comes up every year. Obviously, the answers change as technology each year. What doesn’t change much, if at all, is the general advice.

If you’re not doing any computer-intensive work such as video editing, almost any laptop with at least 4GB of memory and 64GB of storage will do the job. All the major brands have suitable laptops including Acer, Asus, Dell, HP and Lenovo.

Think about peripherals. You’ll need an external hard drive for backups, though you should also store important files online. For ergonomic reasons, I recommend a laptop riser (or using a pile of books to lift the screen) and an external ergonomic keyboard for home use. It adds up.

Fourth, think about support. If you order a laptop online from Dell, HP or Lenovo, you may be able to buy three years of on-site support for a reasonable price. In Lenovo’s case, it can be as little as £61.56. Tier1Online also guarantees machines for three years for a small extra fee, but doesn’t provide on-site support. 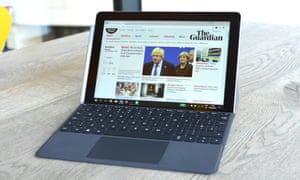 Do you want a laptop for use at home or in your digs/flat/etc, or one that you can take to lectures and use around campus? There is scientific evidence that students who make notes on paper learn more.

Traditionally, students have bought 15.6in laptops as desktop replacements. These machines are fast and cheap, but they are heavy to carry around, and tend to have short battery lives.

If you want to take a laptop with you everywhere, look for one with a 10in to 12in screen. Some models double as touch-screen tablets. Some work with a pen or stylus for limited note-taking, drawing diagrams and annotating documents. Microsoft’s Surface Go is a worthy contender.

Laptops with 14in screens are a good compromise. New ones have thin bezels so they are no bigger than old 13.3in laptops, and they generally have Full HD (1920 x 1080) instead of HD (1366 x 768) screens. Most are small and light enough to carry around at least part of the time.

You can compare 14in and 15.6in laptops at any good computer store or a department store such as John Lewis.

I think a 14in laptop is a good choice for most university and college students, but it may not be the best choice for you. 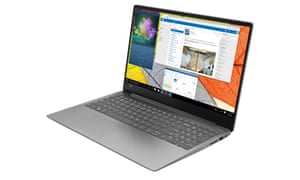 The Lenovo IdeaPad 330S comes with an AMD processor and 15in screen.

These machines are quite sleek, relatively light (from 1.87kg), and good value for money. The screens are not great, and battery life can be quite poor, but they are within your budget and should cruise through anything you are likely to throw at them. 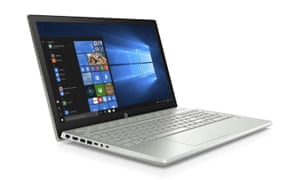 HP’s Pavilion laptop range is worth a look.

The Pavilion range has improved since HP spun off its PC and printer divisions into a separate company, HP Inc, in 2015. Last year, it sold almost as many PCs as Lenovo (56m v 58m) thanks partly to the latest Pavilion laptops. They have a more premium look and feel, and their metal keyboard decks are distinguished by a geometric grid pattern (speaker grilles) between the keys and the screen.

Laptops that sell in large volumes, like the HP Pavilion 14 and Lenovo’s IdeaPad 330S, are available in lots of slightly different versions. This can be confusing, but if you focus on the specifications you care about, you can get the best balance between processor speed, storage and price. I’m linking to Currys PC World for convenience, but you can shop around.

Typically with these machines, you can remove the single memory module and replace it with a 16GB module. You can also upgrade the M2 SSD, or install a 2.5in SSD. However, if you plan to do either, check the specific model beforehand to make sure it can be upgraded.

The Asus VivoBook 14 X420UA is another attempt at providing a premium-styled product at a mainstream price. Amazon havea version with a slightly old Core i3-7020U for £329.99, but it’s let down by its 4GB of memory. Of course, an ultra-thin ZenBook like the UX410UA (£499.99) is the Asus of choice.