Very, very expensive, with a huge spec and utterly bombproof. The superlatives applicable to Canon’s top-of-the-range stills workhorse go on for some time, but suffice it to say this is the camera to have when getting the shot is a must.

Its 20.2-megapixel sensor isn’t the last word in resolution but it’s just about the only line on the 1D-X Mark II’s spec sheet that won’t blow you away. It’s full-frame, of course, can shoot up to 14fps with autofocus and autoexposure re-calculated every frame. 61 autofocus points, of which 41 are lightning-fast cross-type sensors, make finding and tracking subjects straightforward.

4K video – missing entirely from the preceding EOS-1D X – is present and correct and allows shooting at up to 60fps, and faster in Full HD. And, befitting a camera that will be used everywhere from weddings to warzones, it’s built like an absolute tank. Constructed from tough-feeling magnesium alloy, weather and dust-sealed, this is a camera designed to be incapable of letting you down. 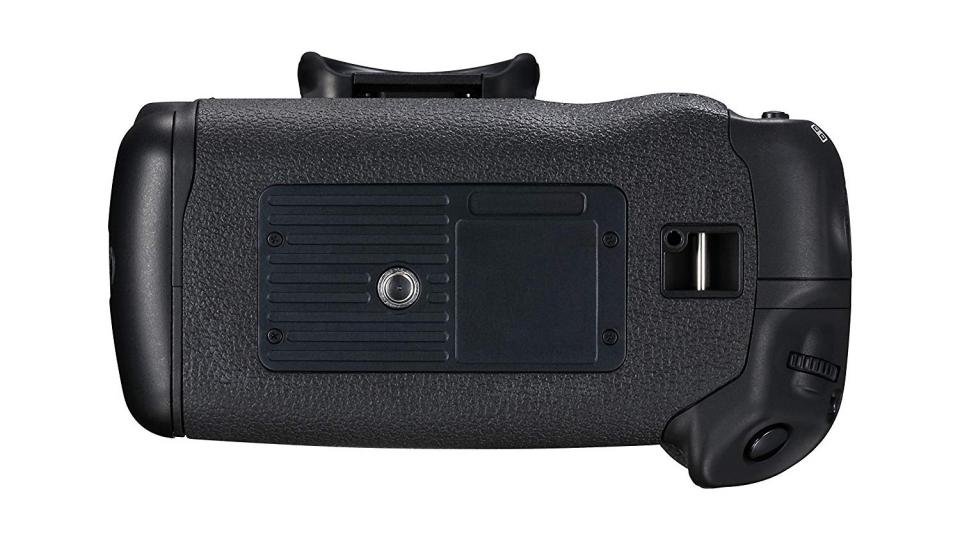 Of course, if you want a faster-than-lightning, full-frame stills body, there are cheaper options. Of these, the Sony A9 is the most tempting, and at about £1,500 cheaper it’s hardly surprising to see plenty of pros and high-end amateurs opting for it. Insanely usable and incredibly fast – up to 20fps with its electronic shutter – it’s the mirrorless camera to have. So what does your extra £1,500 get you if you opt for the 1D X Mark II? Battery life for one – the Achilles Heel of mirrorless cameras is as evident on the Sony A9 as it is elsewhere, and the ability to shoot just 480 (claimed) images on a single charge simply isn’t enough. The 1D X Mark II goes more than twice as long, with a claimed CIPA life of 1,210 shots. Leave the 1D X Mark II to idle and it will take the merest sips of its 2,750mAh battery, so you can spend days on location without fretting about your distance from the nearest charging opportunity.

The 1D X Mark II is a big camera. Very big, if you’re comparing it to consumer models lower down the food chain. That whopper of a battery accounts for the second grip at the bottom of the camera, and means the 1D X Mark II stands tall at 168mm. It’s wide, too, at 158mm. It’s a bruiser in every sense – before you add a lens you’re looking at a camera that checks in at 1,340g. Even if this is the only body you carry it’s a recipe for aching shoulders; if this is the second of two Canon full-frame cameras you’ll feel it by the end of the day. 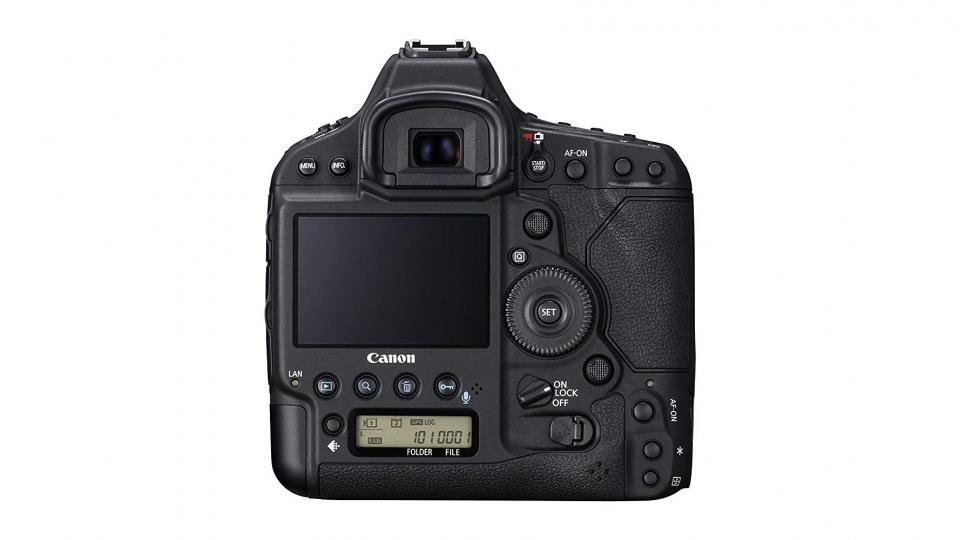 Its uncompromising dimensions do have a flip side, though, which are absolutely superb ergonomics. The grips – both the one on the side and the one on the bottom – are deep and plush, allowing you to wrap your fingers around the 1D X Mark II in a way that feels perfectly secure and comfortable. The buttons are huge and tactile, allowing you to get at the camera’s functions wearing gloves – or simply to get at them quickly when you’re in a hurry. The same goes for the two dials and the large thumbwheel on the back – perfectly placed, prominent enough to hit accurately without accidentally nudging them – it all adds up to an incredibly usable camera.

Button layout is very similar to the older 1D X – all the usual suspects are present on the back of the camera, plus a pair of depth of field preview buttons on the front. Another pair of customisable Fn buttons sit next to the depth of field button. A little strangely, although these customisable buttons sit just a few centimetres away from each other, you can’t customise them to do different jobs.

Every flap, door and moving part is gloriously solid. Flip open the memory card door, for example, with the two-action lever, and you’ll find rubberised seals, and the buttons all over the camera come with protective rubber grommets, allowing you to take the EOS-1D X Mark II out in weather that would drown a lesser camera. Pair it with a weather sealed lens and you’ll have a rig that will keep going whatever the weather. At this price we’d expect nothing less, but we used the EOS-1D X Mark II in weather that would have Michael Fish reaching for his sou’ wester and the camera didn’t miss a beat. 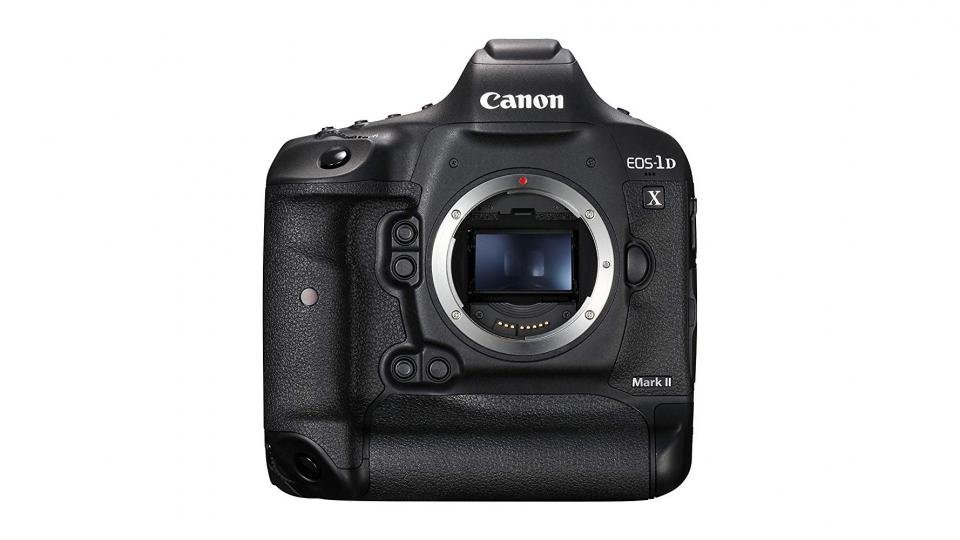 That memory card door, by the way, hides a pair of memory card slots. These accept different formats – the one on the left takes standard CompactFlash cards, while the one on the right takes the more modern – and slightly pricier – Cfast cards.

Flip to the other side and you’ll find the 1D X Mark II’s myriad ports. Audio in and out bolster its video credentials, as does its mini-HDMI port. There’s also a full-size Gigabit Ethernet port, allowing you to connect the 1D X Mark II to a wired network for instantaneous transmission of images. FTP compatibility is included. Disappointingly, despite the 1D X Mark II’s no-holds-barred price, wireless isn’t built in. If you want to transmit images wirelessly – hardly an unlikely scenario for 1D X Mark II customers – you’ll need Canon’s WFT-E8B transmitter, which you’ll be lucky to pick up for under £400. In fairness, the Nikon D5 is similarly handicapped when it comes to wireless transmission, but the Sony A9 isn’t. Come on, Canon.

Performance is out of this world. 14fps sounds – and is – fast. So fast you’ll be grateful that Canon wisely included the ability to limit the 1D X Mark II’s maximum burst speed, so you can shoot anything from 8fps to the full 14. Certainly, at 14fps you’ll struggle to shoot judiciously – we very frequently fired four frames when one would have done. It does mean, though, that as long as you can get your exposure and autofocus figured out, you have an outstanding chance of bagging the image as it develops in front of you, no matter how fast it’s moving.

The EOS-1D X Mark II’s autofocus system offers 61 points total, 41 of which are the more accurate cross-type points. Numerically – and to most practical extents – it’s the same as the autofocus system on the EOS-1D X, albeit with a sting in the tail. If you’re using a lens with gyroscopic stabilisation, the EOS-1D X Mark II can harvest the data coming from the lens to predict not just how your subject is going to move in the frame, but how you’re going to move as well. We shot a variety of moving subjects with the camera and were very impressed at its ability to keep up.

Umpteen frames per second is impressive, of course, but without top-class image quality there’s not much point. It will come as no surprise that the EOS-1D X Mark II is as bulletproof in this regard as it is in its construction, which is to say you’ll have to work pretty hard to trip it up.

ISO 800 quickly feels like a perfectly natural place to work, given there’s no meaningful difference between what used to be a skyscraper ISOs and the EOS-1D X Mark II’s lowest ISO of 100.

The skyscraper in question: ISO 12,800 is roughly where the 1D X Mark II begins to show slightly degraded images – everything below that in our tests was pretty indistinguishable from everything else, giving photographers eight stops to play with, meaning you can shoot very quick shutter speeds even when the light is giving up on you. When it comes to quality deliverables, there’s nothing to stop you setting an ISO of 800 and shooting all day – the 1D X Mark II will return stellar images. 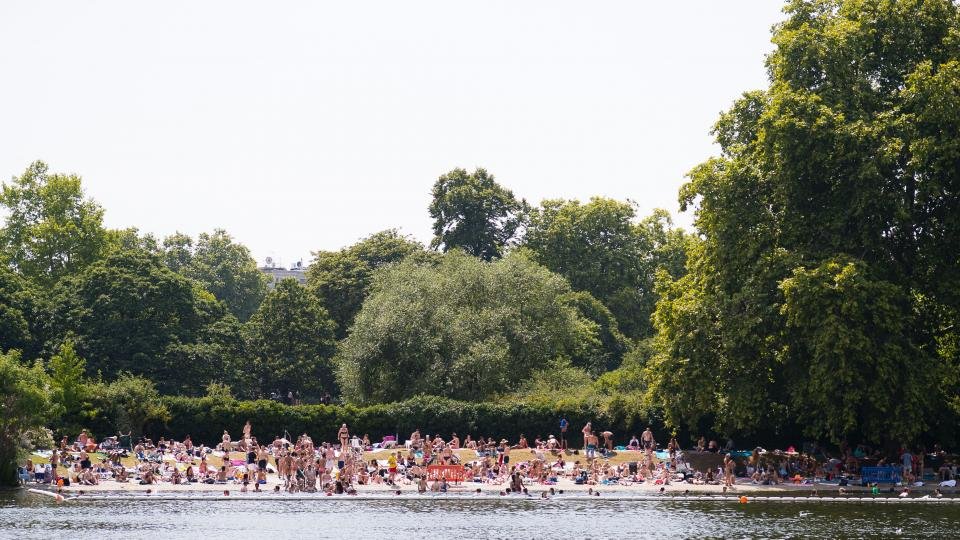 Otherwise, the camera shoots natural, easygoing colours that look good in their raw format but which also edit beautifully – whatever your style of photography, the EOS-1D X Mark II will let you shoot it.

Video is another story – but one as utterly compelling. The 1D X Mark II can shoot 50/60p in 4K, which is deeply impressive and speaks volumes about the supercomputer Canon has somehow shoehorned into the camera. There’s no log mode, which will be to the chagrin of colourists everywhere, but performance elsewhere is excellent. The camera’s dual-pixel autofocus keeps up beautifully in real time, which means the 1D X Mark II is as good for filming subjects on the fly as it is for shooting them in studio setups. The best of both worlds.

Very few people – need the EOS-1D X Mark II. It’s overqualified in virtually every sense – it’s built too well, its images at high ISOs are better than most photographers need, its autofocus will outperform all but the most ambitious and switched on photographers. And that’s before you consider just how many people need to film 4K at 60fps.

But it’s a camera that makes you feel more confident by its very existence. When your dream client comes knocking with a near-impossible project, it’s good to know that this near-impossible camera will provide the thinnest wall possible between you and the perfect execution.

You pay every penny for all of that, and at over £5,000 the EOS-1D X Mark II will be beyond the reach of many professionals and all but the best-heeled amateur. But pay the asking price and you’ll be rewarded with a camera that can keep up with almost anything.