Roku has a reputation for making excellent TV streamers with a peerless library of apps, albeit at a higher cost than rivals from Google and Amazon.

The Roku Premiere, however, bucks this trend by offering 4K and HDR playback for a penny short of £40.

That’s cheaper than both the Amazon Fire TV Stick 4K and the Google Chromecast Ultra. Crucially, though, it’s only a tiny bit less expensive than Roku’s best streamer, the Streaming Stick+, which has come down in price considerably since we first tested it.

It’s worth pointing out that the Premiere isn’t the entry-level streamer in Roku’s lineup. That title belongs to the Express, which has a very similar design but streams only HD content. 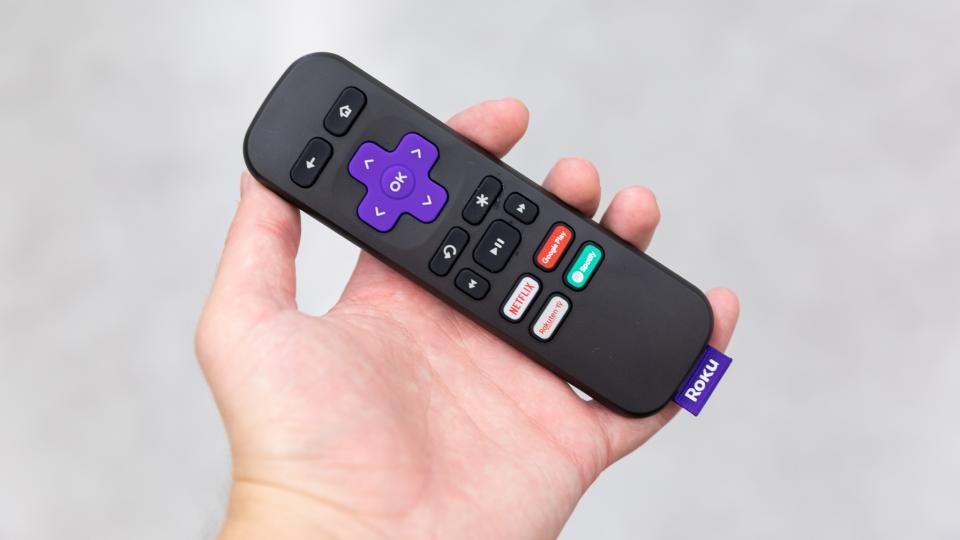 As for the differences between the Premiere and the pricier Streaming Stick+, the latter benefits from a superior voice remote that can also controls the power and volume on your TV, and 802.11ac MIMO dual-band wireless connectivity, which promises drastically improved Wi-Fi range. Last but certainly not least, the Streaming Stick+ has a design that enables you to fully conceal it behind your TV.

As with the Streaming Stick+, the Premiere can play content in 4K and supports HDR10 but not Dolby Vision. It does, however, support Dolby Audio and Dolby Atmos.

Naturally, the Premiere offers the full complement of Roku TV apps including BBC iPlayer, Prime Video, Netflix, Now TV, Apple TV and Google Play Movies & TV, to name just a few. And, as with all Roku devices, you can download the companion mobile app (for iOS and Android) that lets you control the streamer, search with your voice and listen via headphones, among other handy features. 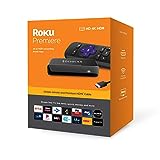 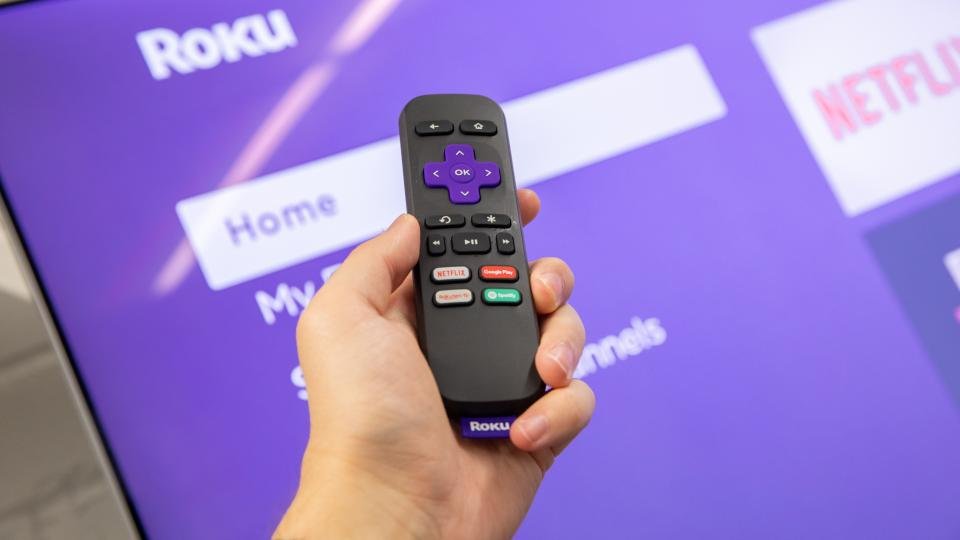 The first thing you’ll notice about the Roku Premiere is that it’s not a stick like the Streaming Stick+. Instead, it’s a small, rectangular unit that’s intended to be stuck to your television or just below it in line of sight of the infrared remote.

For some people, that might not be a deal-breaker, but for me, it’s distinctly off-putting. Not only would I usually refrain from sticking anything to my TV but I like having the convenience of being able to move a streaming device between screens at will.

This design frustration alone makes the Streaming Stick+ well worth the additional £10 in my eyes, but it’s worth pointing out that you can use the Premiere without its adhesive sticker. The supplied HDMI cable is only 63cm long but, depending on the design of your TV, that should be plenty long enough to rest it down flat on your stand or sideboard as you would with one of Roku’s older streaming boxes. Because it’s quite small and lightweight, however, you might well struggle to get the Premiere to sit still without sticking it down. 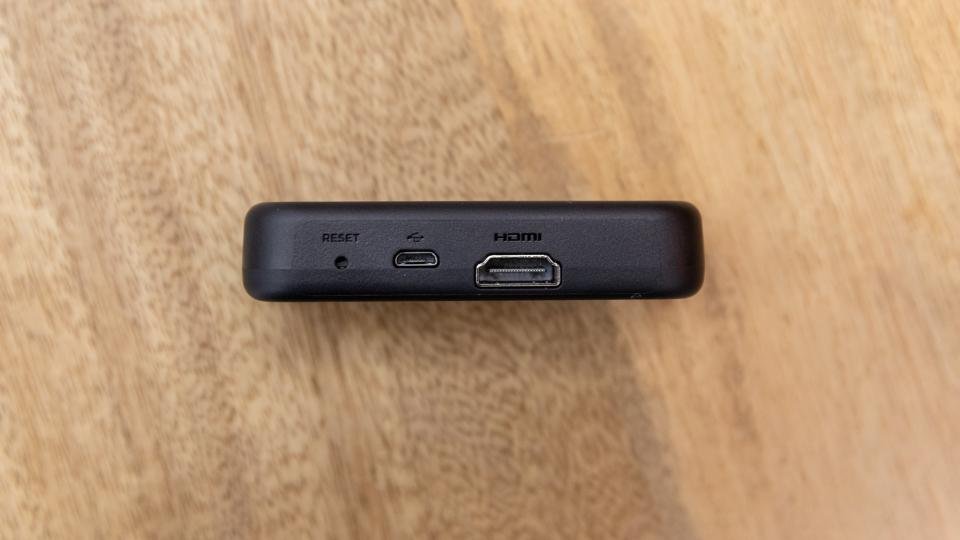 Aside from this gripe, setup is straightforward. The Premiere is supplied with a power plug in the box, but the 5V 0.5A USB port on the rear of my TV delivered enough grunt to power the streamer with no problems whatsoever. Pop the included batteries in the remote, change the source on your TV and you’ll then be asked to start a short setup process by entering your Wi-Fi network info.

One major benefit to buying a Roku is undoubtedly its accompanying mobile app. This gives you handy content recommendations and lets you browse and launch apps (called Channels here) directly from your phone. Best of all, though, it doubles up as a remote, letting you pause, rewind and fast forward from the screen of your phone. That’s useful if you’ve misplaced your remote momentarily or you prefer to hide the streamer away where the infrared remote control can’t reach it.

And there are some neat features you won’t find on the regular remote, too. For instance, you can tap the headphone icon to listen to whatever you’re streaming via a pair of headphones connected to your phone in what Roku calls “private listening” mode. I particularly like its keyboard function, too, which makes entering text much less tedious than the usual remote-input method. 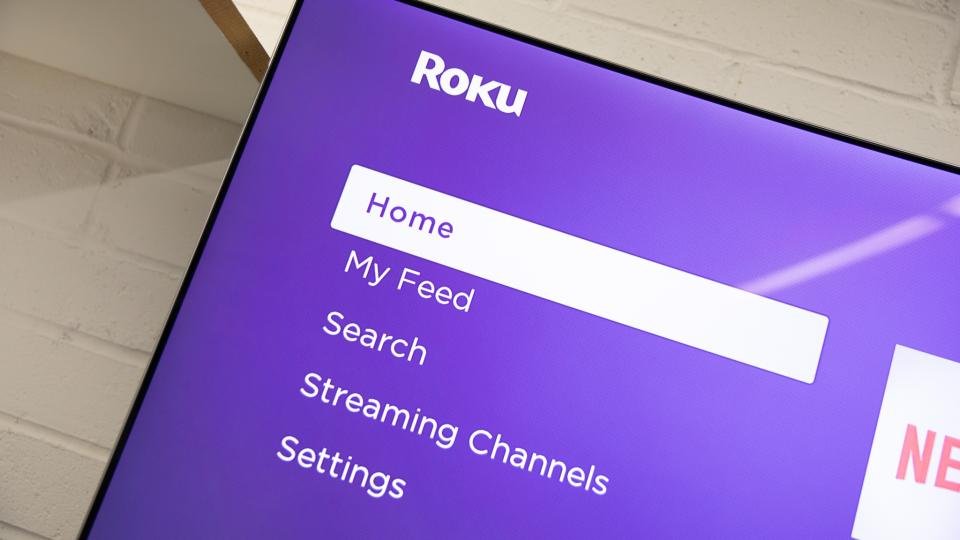 There’s also a voice control option, but sadly this didn’t work properly when I tested it. To elaborate, it successfully responded to commands to open Netflix and BBC iPlayer and to pause content I was already watching but for anything more complex such as searching for a particular program or genre, it caused the remote to crash and kick me back to the home screen. That’s a shame but it’s something I’m sure Roku will fix in due course.

As for content, there can be no complaints at all. Where many other platforms lack one or more major streaming service – whether that’s Amazon Prime Video not being supported on Google Chromecast and Now TV’s Streaming Stick, or Now TV’s own app being absent from Amazon’s Fire TV platform – the Roku Premiere suffers from no such major omissions.

You can use it to stream Netflix, Now TV, Apple TV, Amazon Prime TV and Spotify and there’s also practically every terrestrial catch-up service you can think of, too, including BBC iPlayer, ITV Hub, All 4 and My5. YouTube is also available, as is Plex, which is handy if you want to stream content from sources on your local network. 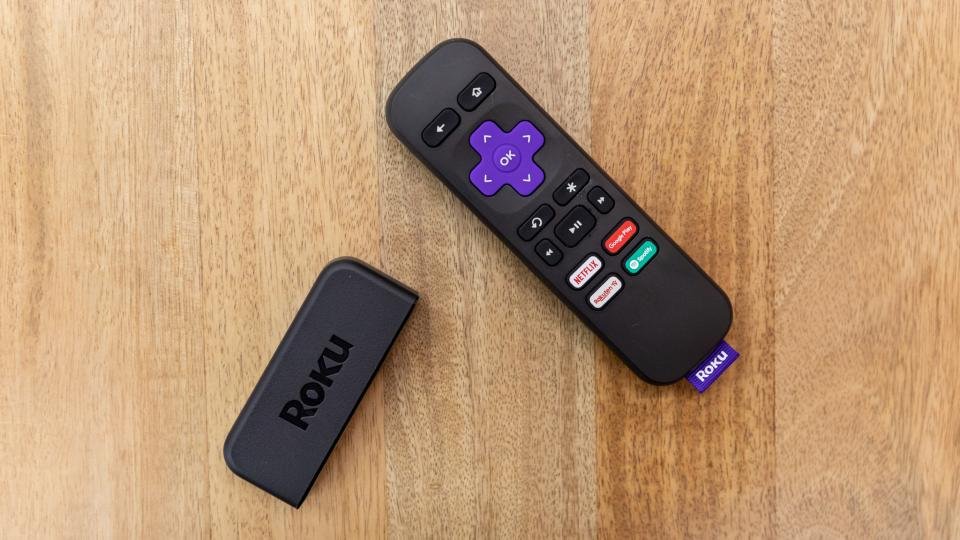 In fact, the only app I personally felt the omission of was BT Sport. Besides the Chromecast, though, BT Sport isn’t supported by any of the inexpensive streaming devices, including those from Amazon and Now TV.

Of all the aforementioned apps, it’s worth remembering that only some have libraries that include 4K and HDR content. In terms of paid-for services with 4K content, your best bet is either Netflix or Amazon Prime Video, and then Apple TV. When I tested the former two services, the stream usually rendered to a suitably sharp image within a minute or so of playback on a network delivering less-than-blisteringly-fast speeds of around 20Mbps.

As for free channels that have 4K content, you’ll be hard pushed to find much beyond YouTube right now. The BBC runs occasional UltraHD HDR trials, and Roku devices including the Premiere have appeared on its supported devices list, so there’s certainly the possibility of being able to take advantage of such trials in the future.

Of course, none of these limitations is specific to the Roku Premiere – you’ll find streaming 4K content is similarly limited across all streaming devices, irrespective of the manufacturer.

The more significant shortcomings with the Roku Premiere relate to its design and the core user experience. Although it’s far from unsatisfactory in these respects, its pricier stablemate, the Streaming Stick Plus clearly has the better design along with a superior remote and Wi-Fi performance, making it well worth the extra £10 spend.

These are time limited offers so the price may vary after publication. This article contain Amazon affiliate links, which means we may earn a small commission (at no extra cost to you) if a reader clicks through and makes a purchase. All our articles are independent and are in no way influenced by any advertiser or commercial initiative.