A good stand mixer is a kitchen essential for anyone who regularly makes cakes and breads. It saves you a lot of time and, in the case of batch baking and bread making, can often do a much better job than your own hands.

The KMix KMX754 is an entry-level mixer that’s far more affordable than others on the market. And while it’s often a false economy to skimp on a stand mixer, because budget models tend to have weak motors and can’t mix much in the way of volume, this Kmix bucks the trend. As far as bang per buck goes, this is among the very best.

The Kenwood KMix KMX754 is a classic mixer with a powerful 1,000W motor, six speed settings and it comes with some impressive accessories. As well as a 5-litre glass mixing bowl, you also get a branded K-shaped beater in the box, a stainless-steel wire whisk, dough hook and a clip-on splash guard, all of which are dishwasher safe. There are also a few recipe ideas included for inspiration from the get go. 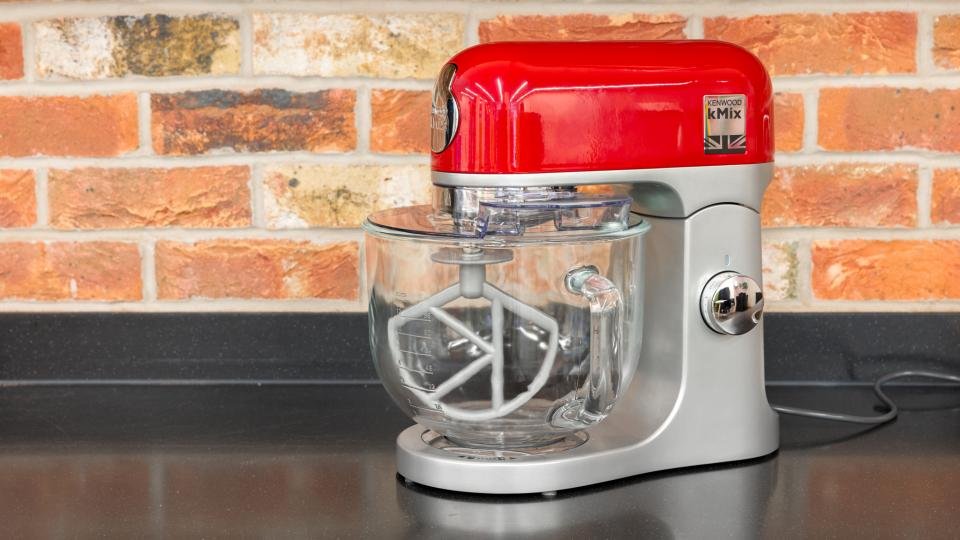 This starter attachment set provides you with everything you need for cakes, breads, sauces and icing, so you won’t need to shell out for anything else from day one. If you do want more however, there are a multitude of attachments you can buy for everything from pasta making to mincing and juicing.

These either slot into the standard tool socket or via the attachment outlet at the front of the mixer. The KMix KMX754 can hold up to 2.72kg of cake mix, 1.35kg of dough, 600g of pastry flour or 12 egg whites – more than enough for the keenest of bakers.

Despite undercutting its rivals by quite some way, the KMix still looks and feels like a premium mixer. Weighing in at 10.9kg, it’s a pretty hefty appliance, so you’ll want to avoid lugging it around the kitchen too much. Size-wise it comes in at 240 x 385 x 355mm (WDH), which is about average for a stand mixer and similar to the KitchenAid Artisan but still requires you to set aside a fair bit of space. 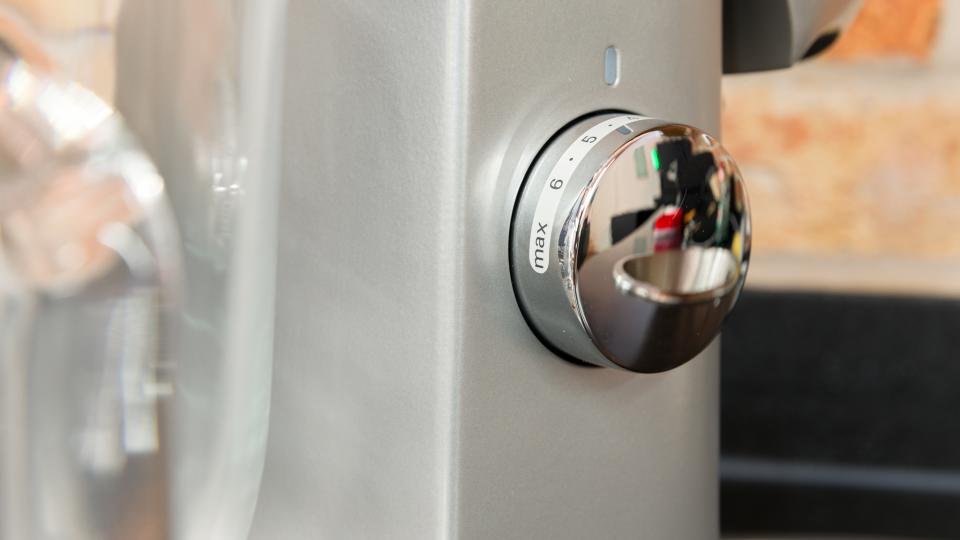 While it isn’t quite as sleek as the Smeg, the KMix is attractive in its own way. It has a glossy finish on the top half, while the bottom is a neutral silver. They do come in different colours to your surroundingsc.

On the mixer's spine, you’ll find a small switch that allows you to raise and lower the head as necessary; the dial on the side is for adjusting the speed. The lowest setting is ideal for gentle folding and the highest for a vigorous mix. Alongside the standard tool socket on the front, you’ll also find the attachment outlet right at the front of the mixer; you’ll need to remove the KMix branded cap to use this. 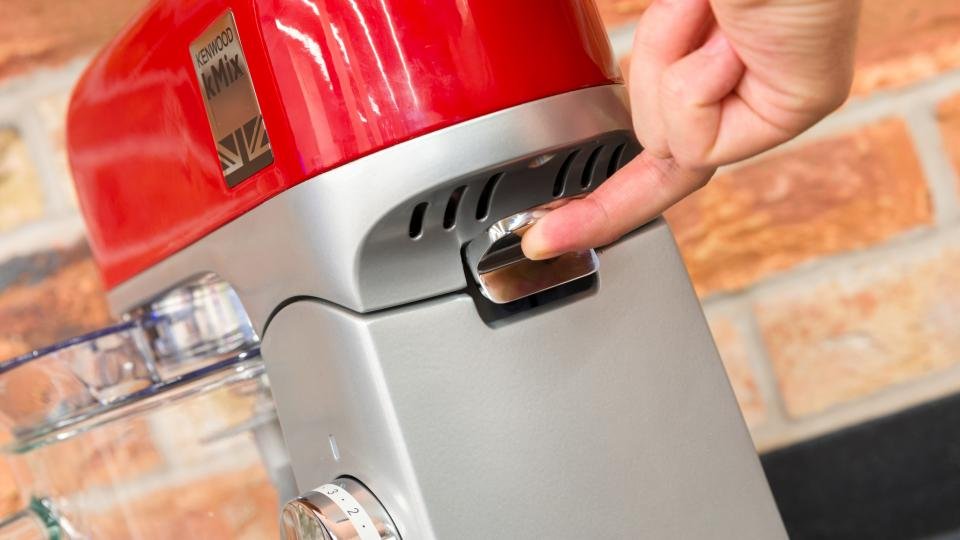 The attachments both look and feel well made. The KMix’s splash guard is by far the sturdiest I have seen on any stand mixer and, rather usefully, it attaches to the head of the machine rather than just sitting on top of the bowl. This means it’s impossible to knock off while in use. The beater is designed in Kenwood’s classic K style, which it claims helps to distribute mixture more evenly than a regular beater. There’s also an extra-large balloon whisk and, finally, a pretty standard, albeit hefty, dough hook.

The KMix performed well across the board in our testing. The splash guard worked exceptionally well, keeping flour inside the bowl, rather than on me and the extra wide chute made it easy to add additional ingredients such as eggs and milk during mixing.

In the dough knead test, the KMix was pushed to its 1.35kg capacity. At points, it did appear to be having a hard time. The machine was shaking and the motor was audibly struggling. In the end though, it powered through and there were no clear signs the motor was getting too hot, nor did the motor’s safety mechanism trigger. 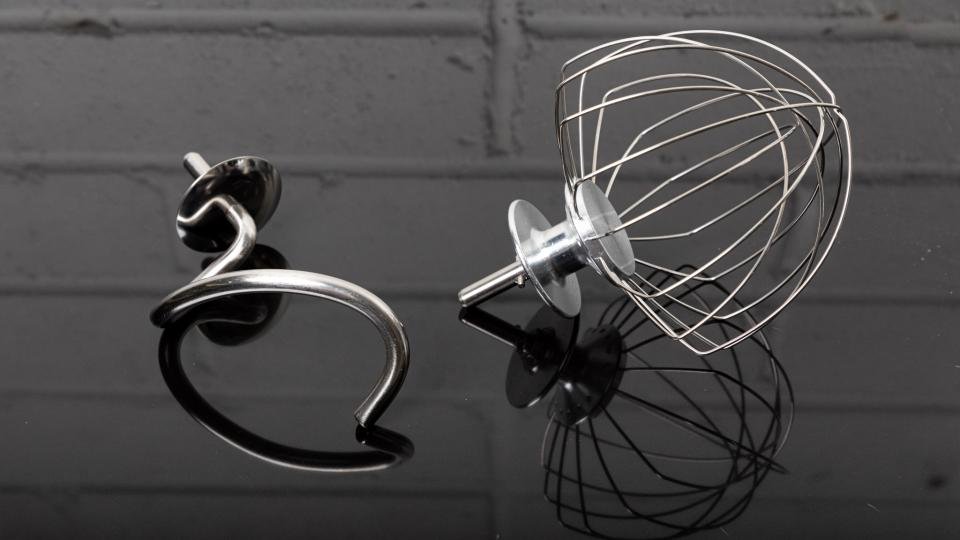 I did have to stop once to remove the dough from the hook, as the force of the kneading had moved the dough up the attachment and it was no longer kneading properly. By the end though, the dough appeared to be evenly mixed and, most importantly, there was no flour left at the bottom of the bowl.

Cake batter posed no issues for the KMix’s mighty motor and the beater made light work of soft butter, flour and eggs, bringing them together in seconds. When tested alongside the KitchenAid Artisan, the finished mixture was about the same, although the Artisan did a slightly better job of pulling the mixture from the bottom of the bowl. 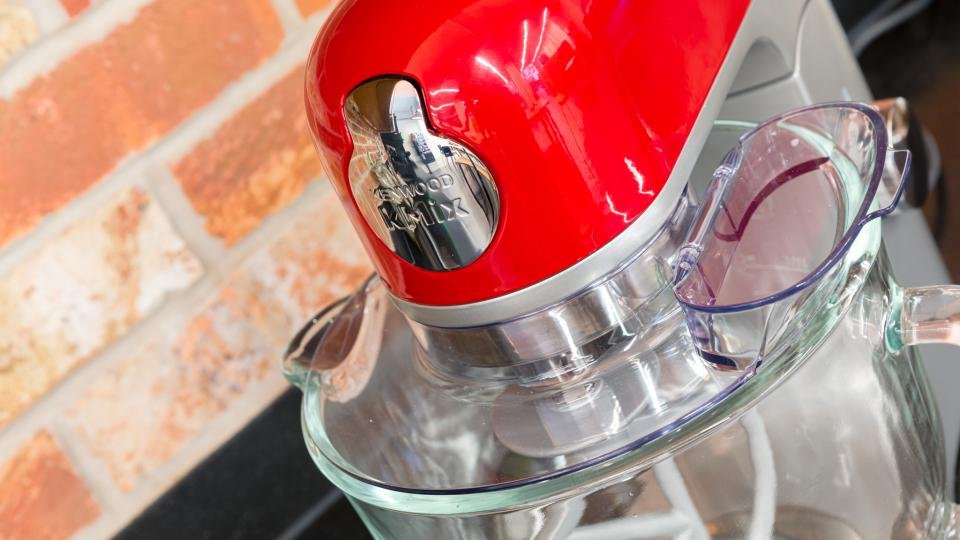 This brings me on to the one gripe I had with the KMix. After using the beater, there was a small amount of mixture at the bottom of the bowl that hadn’t been combined as well as the rest of the ingredients. This really is the smallest of gripes though, as a quick stir through with a spoon did the job of bringing it all together.

When you consider the price, power and performance of the KMix, it’s hard to understand why you’d choose any other stand mixer, as it really does appear to have it all. This particular model (KMX754) version is now far cheaper than rival machines from Smeg and KitchenAid and yet it performs just as well.

If aesthetics is a bigger factor than cost in your buying decision, I’d happily recommend it. For almost half the price though, the KMix KMX754 has a bigger bowl, bigger motor and doesn't overheat or fall apart when pushed to its limit – and that’s hard to ignore.

This article contain Amazon affiliate links, which means we may earn a small commission (at no extra cost to you) if a reader clicks through and makes a purchase.