The new model Galaxy Watch has a slimmer, more lightweight design than its admittedly rather chunky predecessor, along with a larger screen.

But for all its design improvements it doesn’t offer a huge amount in the way of new features or performance boosts (you can read what’s new in more detail below), making it rather tricky to recommend at its high launch price. 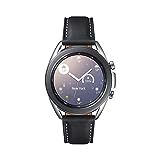 What do you get for the money?

Like the original Galaxy Watch, the Galaxy Watch 3 comes in two sizes – 41mm and 45mm – both of which have the brilliant rotating mechanical bezel that Samsung’s flagship watches have become renowned for. 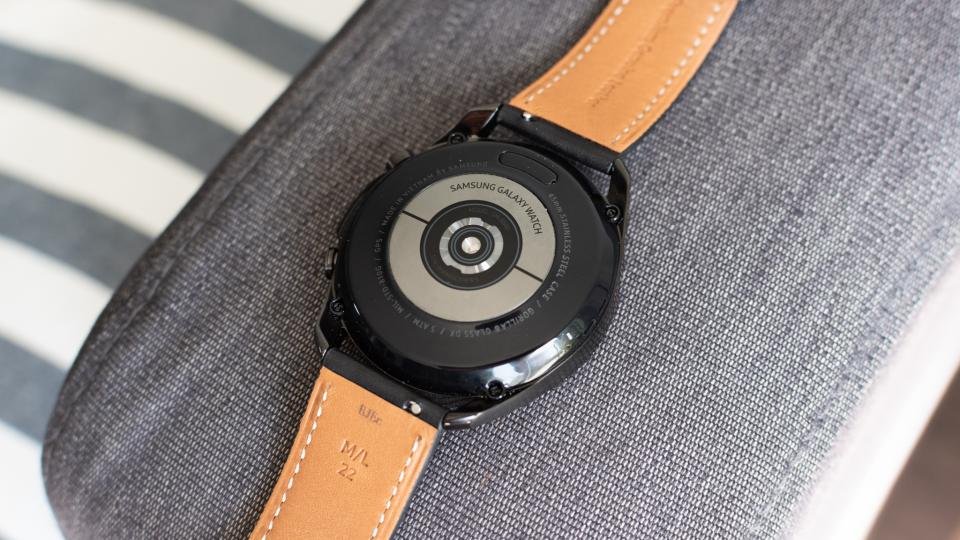 They also both run the company’s own Tizen operating system, meaning you can use them with Android and iOS smartphones (although the latter offers a more limited experience).

The smaller model starts at £400 for the Bluetooth-only variant and comes in bronze and silver, while the larger model costs £420 and is available in black and silver. That’s £120 more than the starting price of the Galaxy Watch, which is a fairly steep 40% price hike, though the new model does come with a genuine leather strap.

As with the first Galaxy Watch, another £60 gets you the 4G variant, irrespective of which size you pick. That means a 45mm 4G Galaxy Watch 3 will set you back the princely sum of £460. 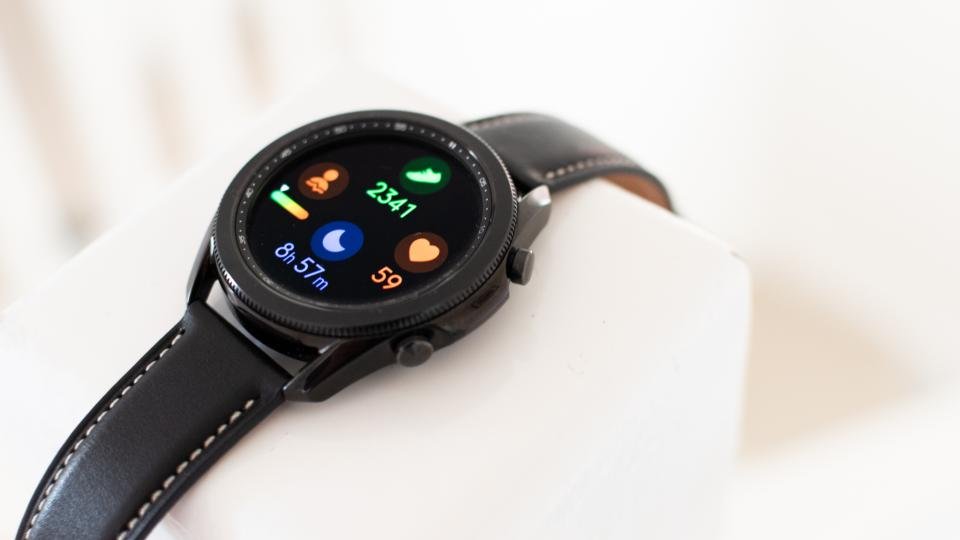 Although the Galaxy app store is notoriously limited compared to both Apple’s Watch OS and Google’s Wear OS equivalents, one of the main perks is that the OS’s native Spotify app lets you store playlists for offline playback. Both sizes of Galaxy Watch 3 come with 8GB of onboard storage, of which you can use around 4GB to store songs for playing when you’re out of range of your phone.

In terms of other features, the Galaxy Watch 3 does everything you’d expect from a flagship smartwatch. It has GPS for tracking speed and distance during workouts, an optical heart-rate sensor for keeping tabs on your pulse and stress levels, an accelerometer for counting steps and detecting workouts and it’s waterproof to 50m.

There’s also NFC for making contactless payments via Samsung Pay, and a speaker and microphone, which enable you to interact with Samsung’s digital assistant Bixby and make calls from your wrist. Rather disappointingly, however, when you consider it’s almost two years newer, the Galaxy Watch 3 uses the same 1.15GHz Exynos 9110 processor as its predecessor and has the same 1GB of RAM onboard. 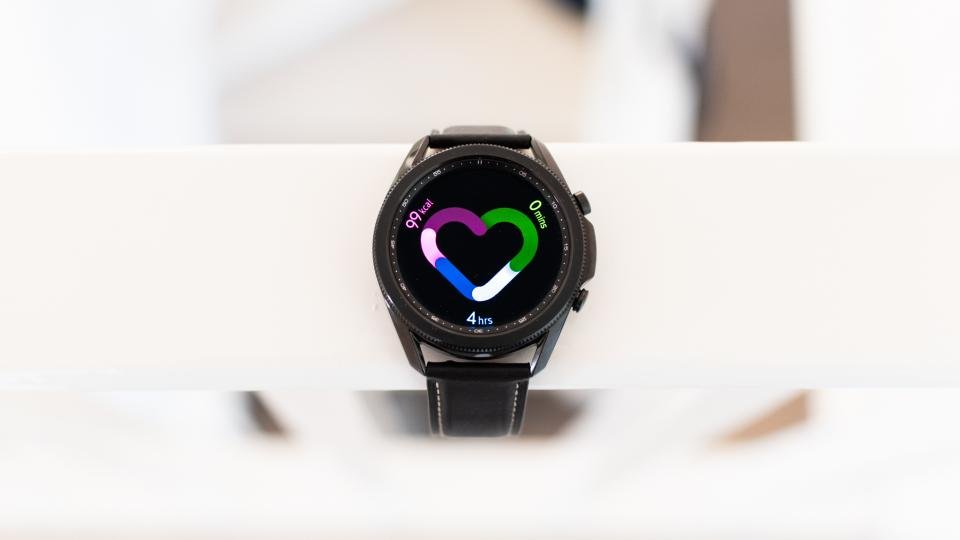 On the battery front, things are even more disappointing, as the 45mm smartwatch has a relatively small 340mAh battery, which is more than a 25% cut compared to the 470mAh unit used in the 46mm Galaxy Watch. Samsung promises it still typically delivers 56 hours or just over two full days between charges. That’s significantly less than the claimed seven days on the original Galaxy Watch, although I found that it sometimes even squeezed out three to four days of use between charges, while logging the occasional GPS activity.

Although I haven’t tested it, the 41mm model is less impaired on this front, though its 247mAh battery is still 8% smaller than its predecessor. The good news is that both models support wireless charging, so you can charge your smartwatch from any of your existing QI wireless chargers as well as the dedicated one included in the box.

As I’ve already mentioned, the headline changes are that the Galaxy Watch 3 is smaller and thinner than the Galaxy Watch despite having a larger display. With respect to the 45mm model I tested, that means the smartwatch now has a 1.4in panel while being 1.8mm thinner and weighing 9g less than the 46mm original. The 41mm variant, on the other hand, now has a 1.2in display, and both have 360 x 360 resolution screens.

This certainly makes for a watch that’s noticeably less bulky on your wrist and altogether more sophisticated looking, though the 45mm Galaxy Watch 3 still isn’t exactly what I’d call svelte. Having said that, it’s impressive that Samsung has managed to squeeze in more screen real estate while making the watch that little bit more inconspicuous. 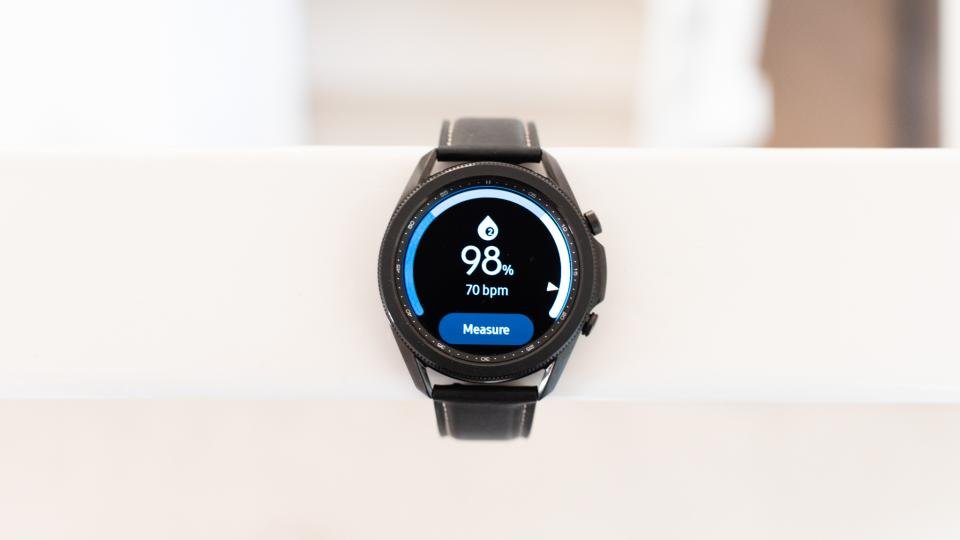 Elsewhere, the main new changes include a smattering of new fitness- and health-related features. As well as the option to measure your blood-oxygen levels using the watch’s built-in SpO2 sensor, the Galaxy Watch 3 will now give you a sleep score to help you better understand your quality of sleep at a glance. Both of these features are accessible from the watch’s main widgets, making it easy to use them whenever you please.

If you’re a keen runner, then you’ll also be pleased to learn the watch can now estimate your VO2 max – an excellent mark of your cardiovascular fitness – and even offer advanced running analysis. The watch claims it’ll only do the former if you run at 70% to 90% of your max heart rate continuously for 20 minutes, but it estimated mine after a workout where more than 50% of the time was spent in zone 2 (60-70% of max).

The last significant new feature is fall detection. After adding up to four SOS contacts to the Galaxy Wearable app, you can choose which one the watch automatically calls should it detect a fall. Though the Galaxy Watch 3 can also technically perform an ECG from your wrist, much like the Apple Watch 5, unfortunately, this functionality isn't available outside South Korea at lunch. Besides these additions, there’s not a great deal that you won’t find on Samsung’s previous smartwatches including the Galaxy Watch Active series. 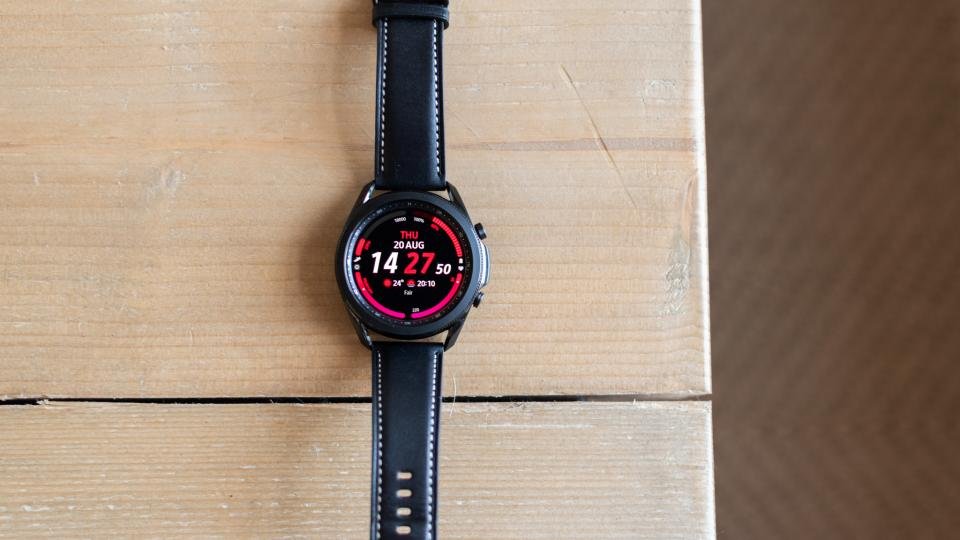 Thanks to its new improved design, the Galaxy Watch 3 looks and feels great and it also does all the smartwatch basics very well. Indeed, despite using the same chipset as its predecessor, navigating its widgets via the brilliantly tactile rotating bezel is both nippy and enjoyable and all the info you might want relating to your health and fitness is easy to find and well presented.

Samsung also lets you pick from a wide range of watch faces, so you will almost certainly be able to find a design that puts the metrics that matter most to you front and centre at all times.

Replying to messages from my Pixel 3a XL using the watch’s canned responses was also a cinch. Unfortunately, this feature isn’t available for iOS users, though, along with the option to transfer locally stored music files. 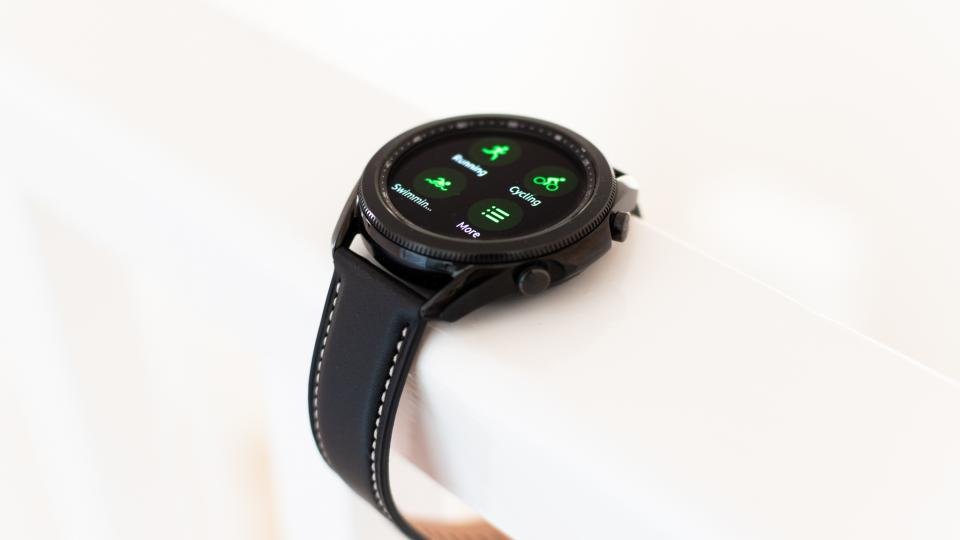 Those new running analysis insights also lift the Galaxy Watch 3’s sports credentials up a notch. Remarkably, considering there are no additional sensors in the box, the watch records metrics including asymmetry, contact time, flight time, regularity, vertical oscillation and stiffness directly from the wrist. Those are insights you’d normally only associate with specialist running watches from Garmin and high-end heart-rate monitors such as the Wahoo Tickr X, and the Samsung Health app offers plenty of info on how to interpret the data to improve your running form.

Even if you’re not a running obsessive, the Galaxy Watch 3 works brilliantly as an everyday fitness tracker, letting you see how active you’ve been during the day, and prompting you to get up and move around if you’ve not done enough. It’ll also automatically start workouts after you’ve been moving for ten minutes, which is handy if you’re the sort of person who often forgets to hit the record button.

One of the main perks of owning the Galaxy Watch 3 over more basic fitness trackers, however, is the built-in microphone and speaker. Even with the Bluetooth-only variant, I found it really useful being able to answer calls without having to reach for my phone. Call quality was very clear via the tiny built-in speaker and those I spoke to reported they could hear me well.

Sadly, despite all the improvements as far as fitness features are concerned, the Galaxy Watch 3 still falls some way short of being a truly great sports watch. If you’re a serious runner or cyclist, you’ll be disappointed to find there’s no option to manually set your heart-rate zones in the Samsung Health app, for instance.

That might not be a problem for everyone, but because I have a higher maximum heart rate than the 220-minus-your-age formula suggests, this means the watch can easily overestimate the intensity of my workouts. I suspect this may also have figured in the Galaxy Watch 3 estimating a notably lower VO2 max than my Garmin watch, though I’ll update this review if this resolves over the course of more workouts.

Another blow for fitness junkies is that there’s still no option to use a Bluetooth HR-monitor in conjunction with the watch’s native fitness apps. Thankfully I found the optical sensor to be fairly accurate, which is good news, but those wanting the very greatest accuracy from a chest strap will be better off looking elsewhere.

The other major sticking point is battery life. Samsung’s flagship smartwatches have always been known for their Apple Watch-beating battery life, and although that may still be the case, it’s not the clear and obvious win that it once was. With Samsung itself only quoting 2.3 days of battery life, gone are the days of having to only charge your Galaxy Watch once or twice a week. 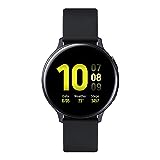 None of these things are deal-breakers per se, especially if you’re not interested in the more advanced fitness features, but when the Galaxy Watch 3 costs £120 more than its predecessor at launch, it's still rather tricky to make the case that you’re getting plenty of bang for your buck.

There’s no doubt the Galaxy Watch 3 is a brilliant-looking smartwatch that does the basics very well – you can even make the case that it’s the best smartwatch Android users can buy – but thanks to its less-than-brand new innards and limited app store, it falls some way short of being the world-beating smartwatch I think it should be for the price.

More in this category: « Netatmo Smart Smoke Alarm vs Nest Protect Review Google Home Hub UK Review: At the heart of your home »
back to top