Manual espresso machines generally give the best results, but they also require the most effort. At the other end of the scale, fully-automatic bean-to-cup machines do everything for you.

A good alternative is a bean-to-cup machine, such as the Gaggia Naviglio, which automatically grinds the coffee beans and delivers a cup of espresso, but has a manual milk frother so you can still exercise your inner Barista - and you can even dabble with a bit of latte art, if that takes your fancy.

Although the Naviglio is Gaggia's entry-level bean-to-cup coffee machine, it's still very well made and feels robust. Admittedly, it is plasticky and it's not the most exciting looking machine, but it's not offensive and it's small enough to sit unobtrusively tucked out of the way. Everything important is accessible from the front of the coffee machine, including the used coffee grinds drawer and the pull-out water tank. You can fit a filter to the water tank, which I recommend to prevent limescale built-up, but there isn't one provided in the box. 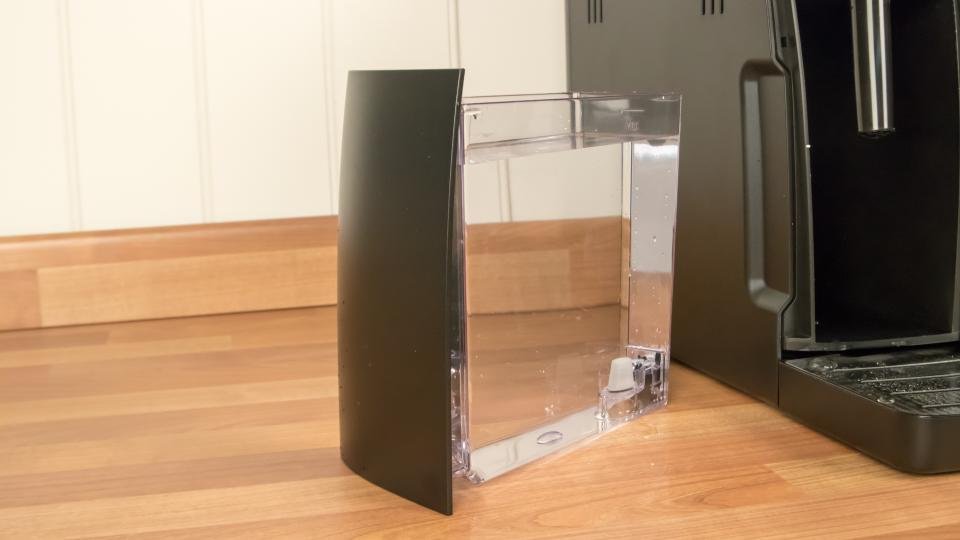 This is one of the easiest machines you can use to make a proper coffee. First you pour the beans into the hopper on top, which can take up to a regular bag of coffee (around 250g) at a time. Next, you have to top the reservoir up with water. Then, you just have to turn the power on and wait for the coffee machine to heat up. 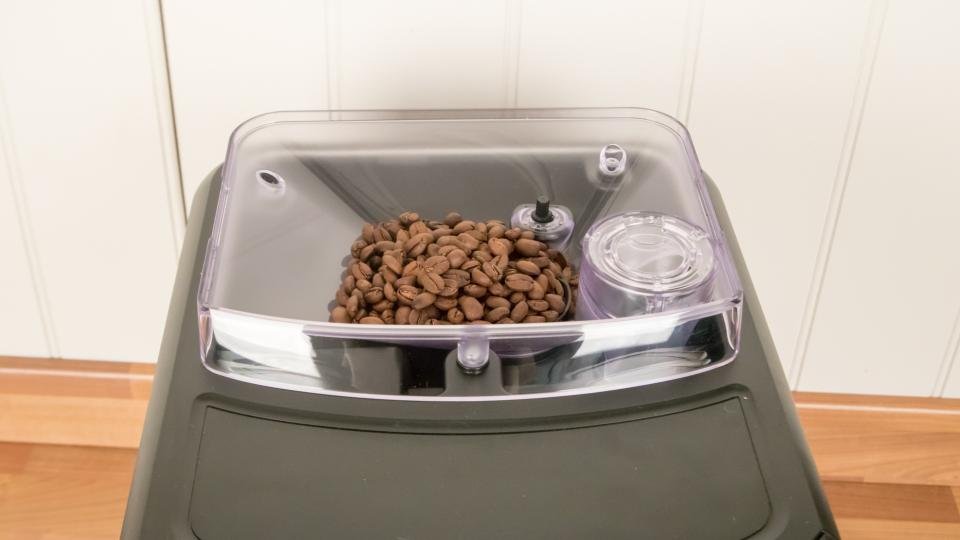 From here, you simply have to choose between a shot of espresso or a longer coffee - and if you want two drinks you can hit the two cup button. Press the relevant button and the machine whirs into action, grinds the beans and starts pouring the drinks.

My first shot of espresso wasn't quite right, but the Naviglio does have some adjustments available, which allow you adjust the grind size and manually select your preferred coffee strength.

Grind size is always the first place to start when it comes to fine-tuning flavour. A finer grind lets the coffee be compressed more, increasing the strength and bitterness; a looser grind lets water pass through quickly, which makes the coffee weaker and more watery. I found that adjusting the grind towards the finer end of the scale did the job for me. It's necessary to use the plug-in tool to make the adjustment, whereas a lot of bean-to-cup machines have a built-in dial. Given that you'll often have to adjust the grind size depending on the type of beans you're using, you'd be advised to store the tool somewhere safely nearby. 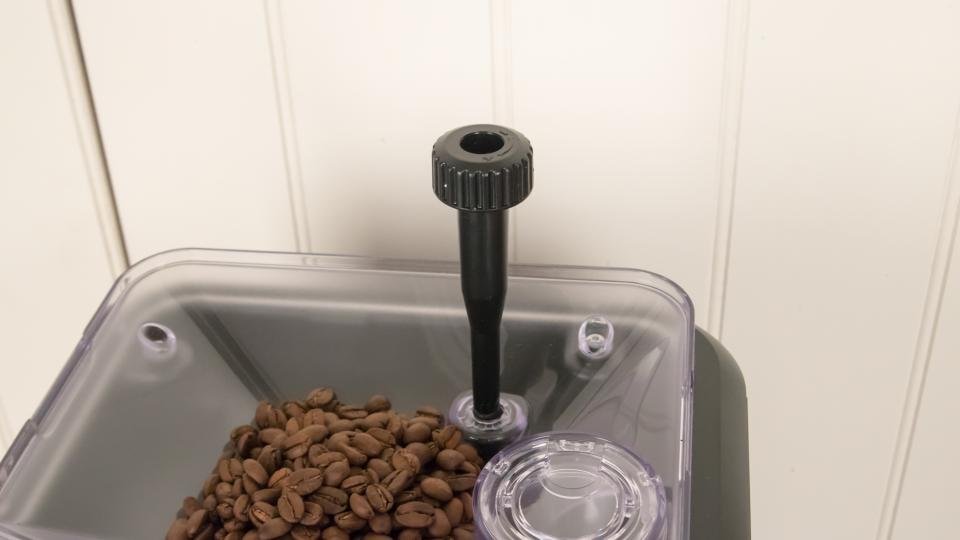 There's also a coffee strength dial on the front that lets you manually set how strong you want your coffee. I found that option two worked best for the Expert Reviews test beans and my own personal preference. 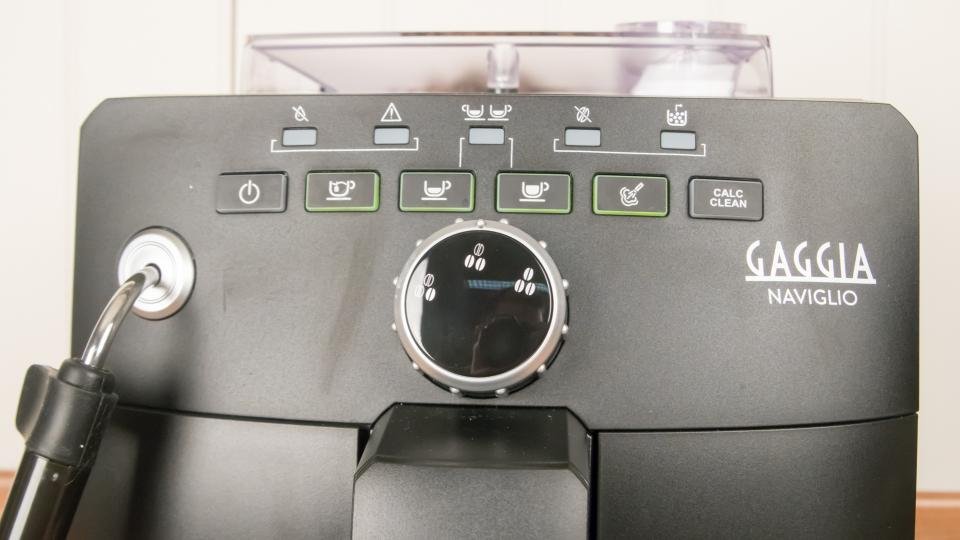 With the settings the way I wanted them, the shot of espresso produced was very good. It was delivered at a temperature of 68C, which is just about right. A thick, oily crema sat on top, with the shot itself dark and intense. The Naviglio managed to extract most of the flavour from the test beans, although some of the slight subtlety was missing. That said, you have to spend more than twice this money to get a noticeably better bean-to-cup espresso.

Long coffee was dispensed just as well, and produced a pleasingly hot cup of coffee. Should you find that the long button isn't quite long enough, you can override the default setting so that the Naviglio pours for longer, or you can use the hot water button and dispense hot water via the steamer wand instead. 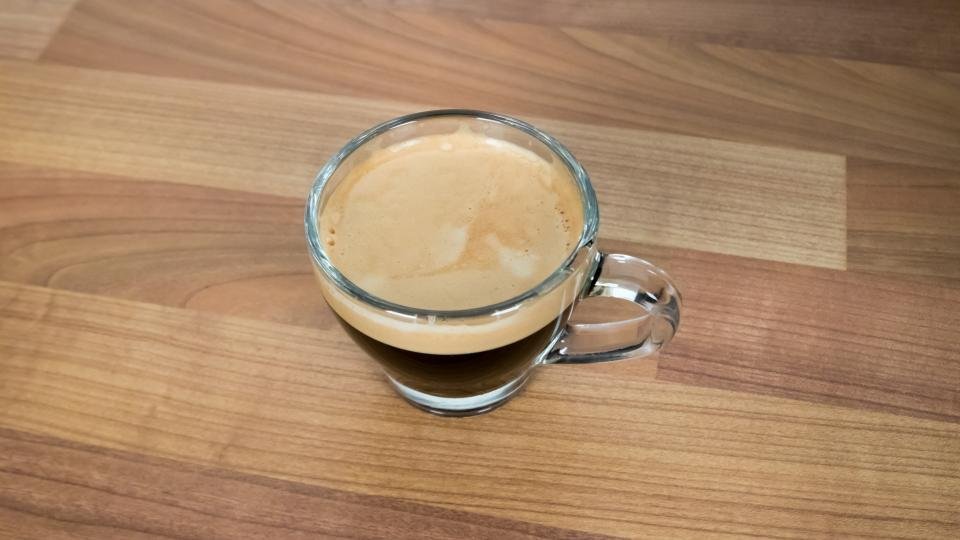 If you want to froth milk and make different styles of drink, you need to use the manual steamer wand. As this machine has a single boiler, it takes the Naviglio a little while to get up to steam temperature. There's also no dial or tap to control it, so steam is dispensed at a single, constant speed. It took a little bit of practice with this system to get milk the way I wanted it, but with a milk thermometer in a jug, I soon had the rich and fluffy milk that I wanted. The quality of the resultant latte was very good indeed. 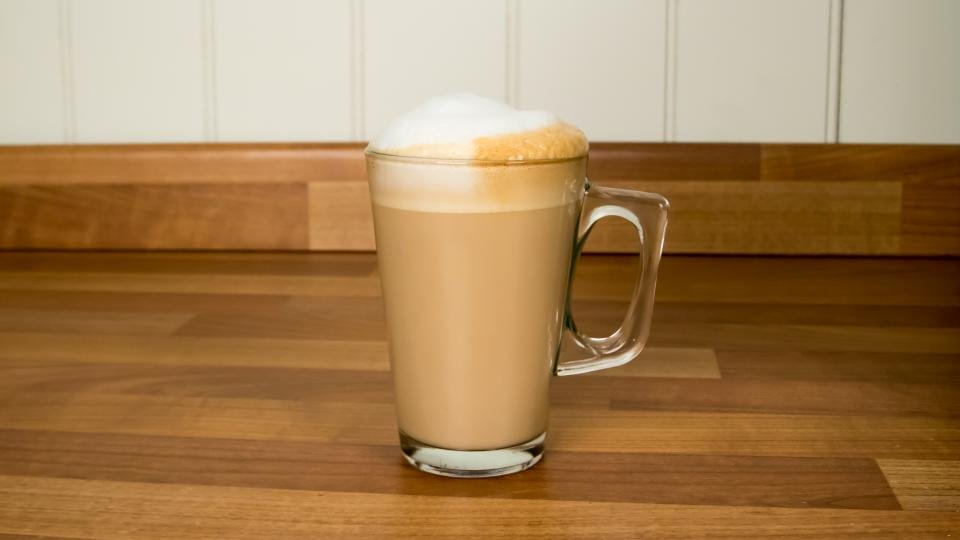 Fortunately, the Gaggia Naviglio is refreshingly free from annoying quirks. Only a small amount of water is vented when the machine is powered on and off, and it's easy to empty the coffee grounds drawer and drip trays when full. I recommend cleaning them regularly to prevent mould build-up. The entire brew unit can also be removed from the machine, following the clear instructions in the manual, and this is recommended to be done once a month or so. You'll also need to descale when the warning light illuminates, and this is easily done by following the simple instructions and using the correct descaler and dedicated descaling mode.

At this price, the Gaggia Naviglio is a hard machine to beat. In fact, its closest competition is the Gaggia Brera, which is very similar in operation and produces very similar espresso. However, the difference is that the Brera is a dual-boiler machine, so it's ready to produce steam at any time. Is that worth an extra £100? I don't think so.

As it stands, the Naviglio is well-priced, makes very good espresso and is simple to use, making it excellent value. Yes, you can get bean-to-cup machines that are better and have more configuration options, but they're a lot more expensive.

More in this category: « Best Coffee Maker: Brew Home Coffee Like a Barista Oral-B iO UK Review: The smart toothbrush with a clever app »
back to top