The iPad Pro has taken its biggest step yet towards being able to completely replace your Windows laptop or MacBook Pro.

The big new features this year are, of course, the introduction of full mouse and keyboard support and the debut of a new keyboard cover.

Dubbed the Magic Keyboard, this comes complete with a more traditional Scrabble-style key design, an integrated touchpad and the ability to smoothly adjust the angle of the display.

Other new features include the new Apple A12Z chipset, which delivers a slight performance increase on the 12X of the previous model and an upgrade to the rear camera, with the addition of a new 10MP wide-angle camera.

Apple has also added a fancy new LiDAR scanner to the rear camera array, enhancing the iPad’s AR capabilities (in particular the accuracy and usefulness of the Measure app), and improved “studio” microphones. 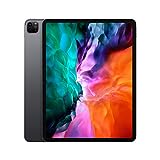 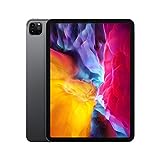 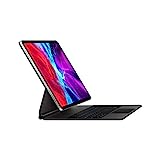 I’m going to skip past the design of the tablet itself for now as little has changed on that front. Only the camera bump on the rear is different, with its square appearance aping that seen on the back of the 11-series iPhones.

As I mentioned earlier, the most interesting aspect of the 2020 iPad Pro is the new Magic Keyboard, which brings several new design elements to the table.

First, the keys on the keyboard itself are now a more traditional Scrabble-tile shape and the action is more like a regular laptop as well. Apple has also removed the textured fabric finish in preference for discrete keys and it has added backlighting, too, so it’s finally possible to see the letters in dim or dark conditions. 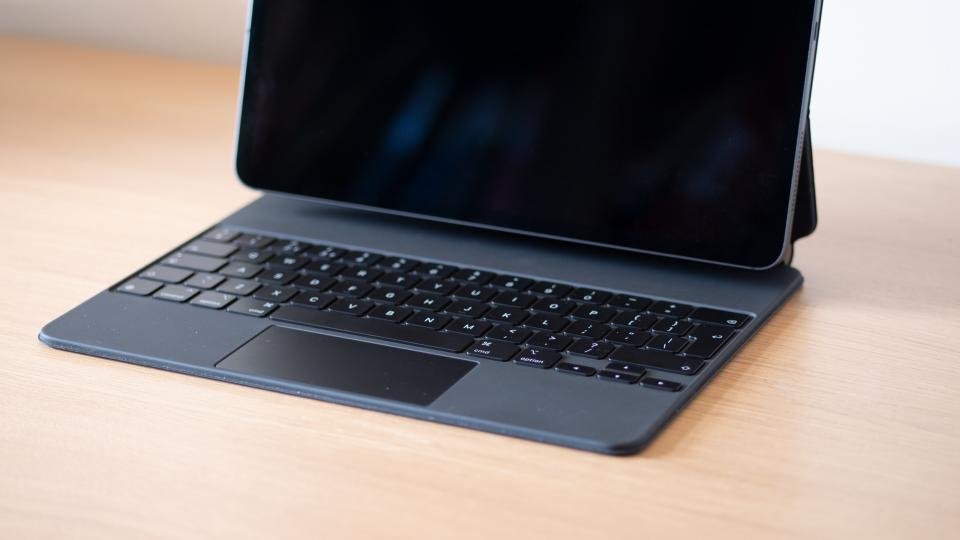 I must say I never had a particular problem typing on the previous iPad Pro’s keyboard, and I touch type anyway so the lack of backlighting hasn’t been a major issue for me. However, this keyboard is a big improvement. Each key has a decent amount of travel and there’s a nice soft, padded finish to each keystroke as well. It feels very comfortable to type on as a result and I found myself quickly up to normal touch-typing speed.

The only minor grumble I have is with the layout, in particular the continuing – and aggravating – presence of the emoji keyboard launcher button in the bottom left corner. Hit this by accident while typing and up pops the emoji software keyboard, obscuring a large part of the display, interrupting your train of thought. While it is possible to disable it in the settings I’d much rather Apple removed the key entirely.

Second on the list of improvements that the Magic Keyboard brings is the ability to smoothly adjust the angle of the display from almost vertical to around 45-degrees. Quite why it’s taken Apple so long to do this I’ll never know but it’s great that it has finally added this capability. Another nice touch here is the inclusion of a passthrough USB-C charging port integrated in the left side of the hinge. 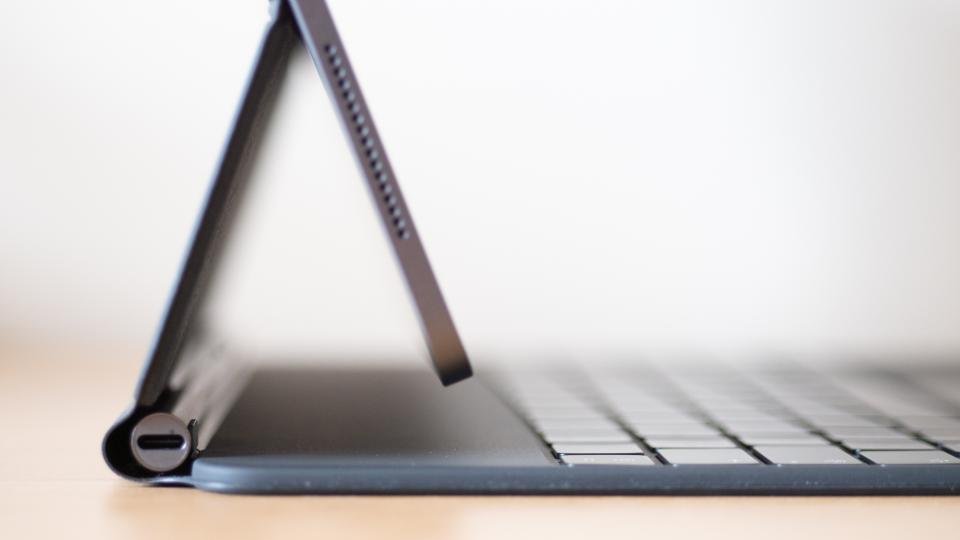 Third, the new Magic Keyboard also features, for the very first time, a touchpad and this is accompanied with proper mouse support within iOS as well. The touchpad itself is 100mm wide and 50mm tall, feels extremely responsive in use and employs a familiar array of multitouch gestures: two-fingered gestures for scrolling; three-fingered left and right swipes for switching between apps; and an upwards, three-fingered swipe for quickly returning to the home screen. The left/right swipe I found particularly useful – it’s a lot quicker to use than the equivalent iPad OS touchscreen gesture.

It’s not 100% familiar, however. In typical Apple fashion, iPad OS’ mouse support operates slightly differently, ditching the traditional arrow and hand cursor icons we’ve all become used to over the past 30 years or so. Instead, these are replaced with a circular grey blob, which changes shape depending on where your cursor is located. Hover over a button or control, for example, and it morphs to occupy the same space. 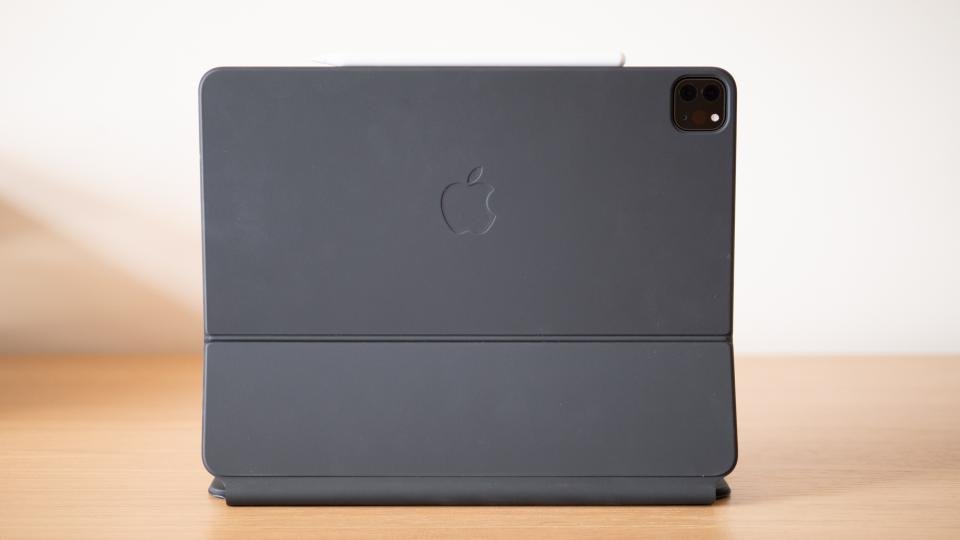 I like the way this works. It offers a neat visual clue that you’re definitely going to click the correct control and the larger size means it's easier to spot on-screen than a cursor arrow. As ever with new iOS features, however, it isn’t supported across all apps yet and will take time to become universally adopted.

The one major remaining barrier preventing laptop users adopting the iPad Pro for all their daily tasks, aside from proper mouse support, is the lack of fully formed external monitor support.

The iPad Pro is a great tablet and laptop replacement for using on your travels but pop it on a desk and it’s found wanting. Although it is possible to connect an external monitor to the iPad Pro, the system default is to simply mirror the display of the iPad Pro onto your external monitor; there’s still no way of extending the screen and, therefore, your desktop, onto that second monitor. 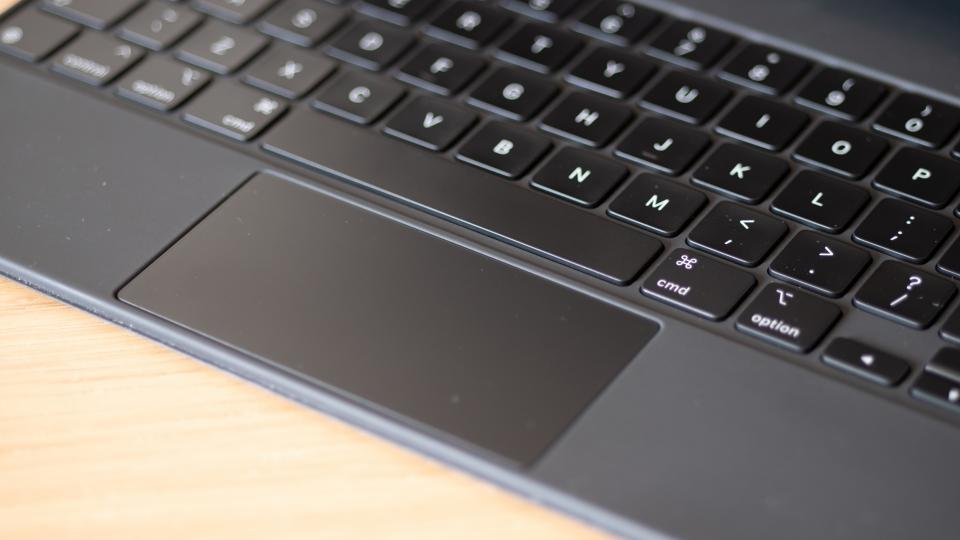 The other major new features on the iPad Pro are found on the rear of the tablet: the new 10MP f/2.4 wide angle camera and the LiDAR scanner. The former works as you’d expect. It produces decent wide-angle pics and turns the iPad Pro into a competent camera that’s able to rival decent budget and mid-range smartphones.

I’m still of the opinion that most people won’t think to whip out their iPad when taking family snaps. It’s simply too big and awkward, although the display does make for a fantastic video viewfinder. The fact that the rear camera lacks portrait mode, too, doesn’t help. 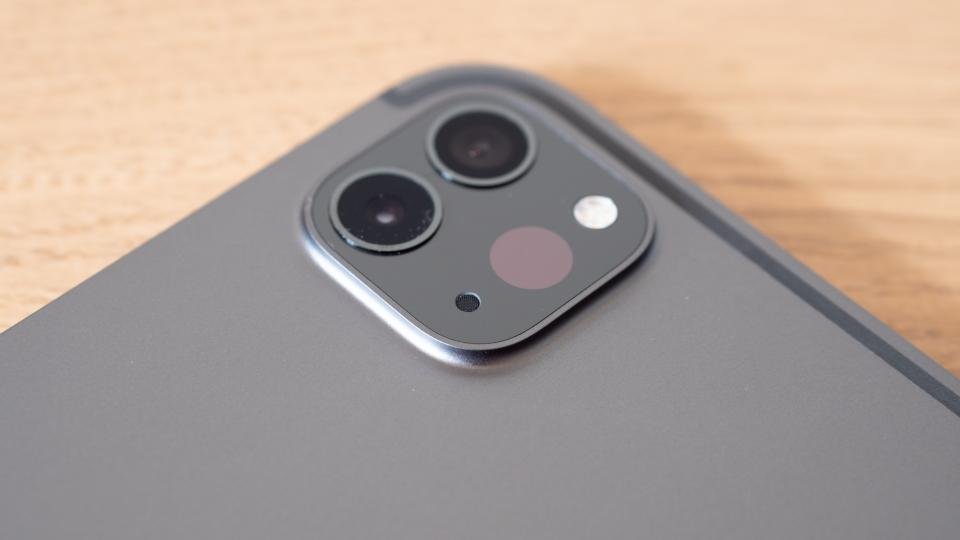 The new LiDAR sensor is another feature that falls into the nice-to-have but not essential category.

Standing for “Light Detection and Ranging”, LiDAR scanners use pulsed laser beams to measure distances and are used in industry to quickly build three-dimensional models of landscapes and environments.

On the iPad, the most immediate and obvious application of the scanner is seen in the improved Measure app. This now automatically senses square and rectangular areas, providing area calculations and measurements of all sides automatically as you move the camera over them.

Impressively, accuracy is improved, too, although not to the extent that you can completely ditch your measuring tape. I measured the touchpad on the Magic Keyboard with it and it was accurate to the millimetre. However, it was half a centimetre short when measuring my mouse mat.

Little has changed on the display side of things, which is absolutely fine by me. The old iPad Pro’s display was a wonderful sight to behold and so is the new one’s.

On the 12.9in iPad Pro, this means you’re getting a resolution of 2,732 x 2,048 and on the 11.9in model, it’s 2,388 x 1,668, both delivering exactly the same pixel density of 264ppi. The refresh rate remains a slick 120Hz, which makes going back to bog standard 60Hz laptops a rather unpleasant chore afterwards. It’s also a wide-gamut, Dolby Vision-enabled display, which means it’s a brilliant device to watch Apple TV+, Netflix and Amazon Prime content on.

In a web browser, which is where we run our colour tests, the display is highly accurate within the sRGB colour space, covering 97% (out of a volume of 100.2%). Our average Delta E colour accuracy measurement (the lower the better) hit 0.78, which is excellent, peak brightness reached 618cd/m2 and the contrast ratio was up at an impressive 1,544:1. In all, it’s an excellent display. 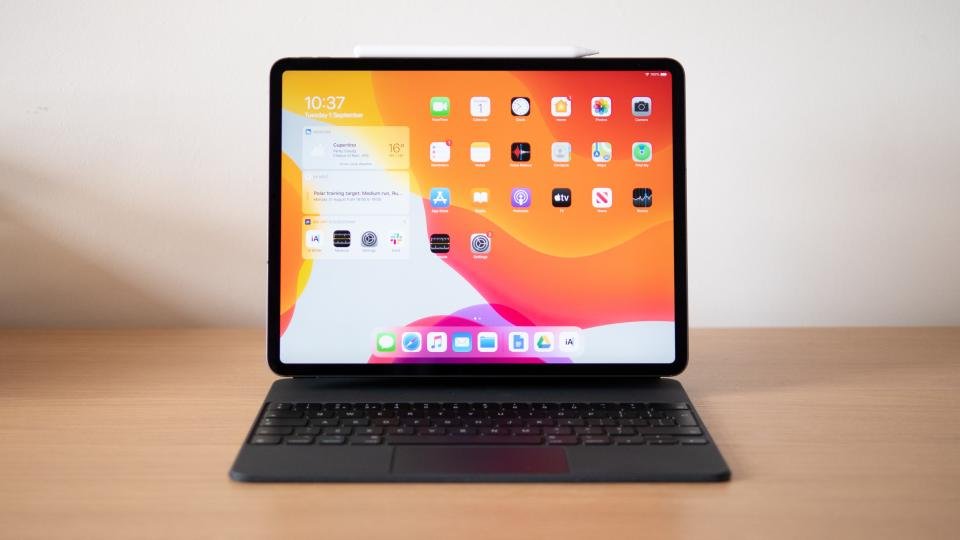 So far so normal. Unusually, however, when it comes to the performance critical components, Apple hasn’t given the 2020 iPad Pro much of an upgrade.

By moving from the A12X Bionic to the A12Z Bionic, instead of, say, the A13X, Apple seems to be signifying this is an iterative improvement instead of a whole new generation of SoC.

Indeed, the A12Z appears – according to all reports – to be the same from a structural standpoint. It’s an eight-core CPU running at up to 2.4GHz, which looks the same as the A12X Bionic. There is an extra GPU core but that’s your lot.

Benchmark results confirm this with the iPad Pro (2020) delivering similar results to the iPad Pro (2018). This year’s model has a slight edge and isn’t a big enough one to make any kind of noticeable difference in day-to-day use, although it’s worth noting that the iPad already was hugely powerful before and remains so:

It’s a similar story when it comes to battery life, although this time the older 2018 iPad Pro does slightly better.

The similarity in performance begs the question: if you already own a 2018 iPad Pro, is it worth buying this newer model, especially since the £349 Magic Keyboard is backwards compatible with the 2018 iPad Pro?

The short answer to that question, I would have to say, is no. By all means, give your iPad a new lease of life and add a Magic Keyboard. It’s the keyboard cover the iPad Pro has always deserved and it, finally, brings official trackpad support and backlighting to the iPad Pro.

But while the iPad Pro remains the best serious alternative to a Windows Laptop or a MacBook Pro – especially with the Magic Keyboard in tow – the new features introduced this year aren’t enough, in my opinion, to justify an upgrade.

More in this category: « Asus Chromebox 3 UK Review: A tiny PC that is great for schools and businesses
back to top